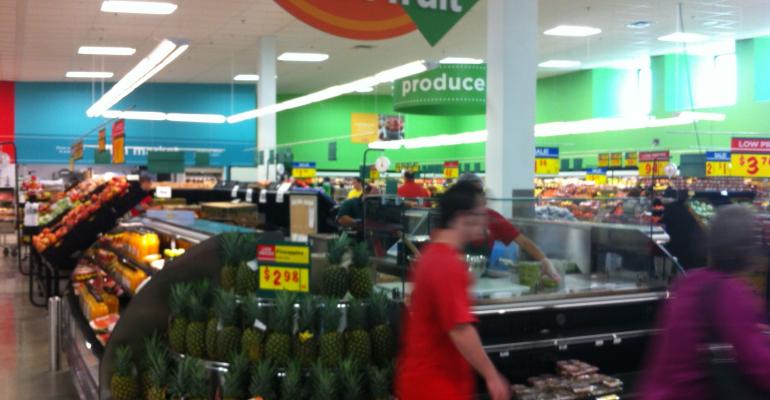 I was recently in Corpus Christi, Texas, and went to the local H.E. Butt Grocery. I have always been a fan of H-E-B with its clean stores, friendly employees and free balloons at checkout for children. Also, as a marketer, I’m impressed at how well it delivers on its core equity of being an embodiment of “Texas,” as well as their remodeled fresh produce department. 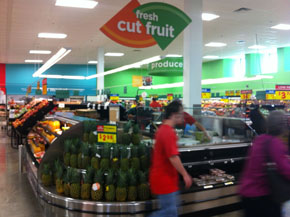 The store I went to is not the Central Market format (the H-E-B format that gives Whole Foods a viable competitor); it was a regular neighborhood store. It was about 11 a.m. on a Monday, not a peak time to be shopping, but I needed to buy tomatoes. This H-E-B was much bigger with higher ceilings and wider aisles, but the big change was where the tomatoes were located—wow, what a difference!

The produce department was merchandised to look like a neighborhood produce stand, with well-stocked wooden crates bursting with fresh ripe fruits and veggies. All the walls were painted in vibrant blues, greens and reds with giant wall graphics of Texas farmers and their families assuring me the produce was fresh. Before the change, the area was white and plain.

As I looked around, an associate behind a low counter was busy making fresh guacamole, and she greeted me with a friendly, “Hello, how are you today?” She offered me freshly squeezed orange juice and a taste of the amazing guacamole, which was to die for—I bought both. The next thing she was going to make, she told me, was a fresh pineapple salsa. She described the ingredients she was using for it. She offered to slice any produce I had, which was also great, as I find preparing my produce tedious. She said that it was “what she was there to do – make me enjoy my fresh produce more.” This associate was the model of southwest Texas friendliness, and I found myself deeply engaged in talking about how much better Texas oranges taste compared to “others.”

H-E-B has made a commitment to help Texans, who live in the 13th most obese state in the union, lead healthier lives and fresh produce plays a significant role in fulfilling that strategy.

H-E-B has invested $20 million in lowering the prices of fresh produce and has implemented a strategy of buying from local Texas farms, allowing for their produce to reach stores in less than 24 hours. That gives the shoppers a strong reason to believe that H-E-B produce is the freshest.  H-E-B has a great TV campaign, of which my favorite spot is of Cora, a farmer from Poteet, hailed as the strawberry capital of Texas.

Focusing on fresh produce offers a health benefit to shoppers to promote freshness and is a great strategy for any grocery retailer: 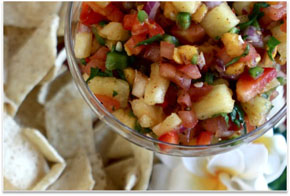 I was impressed not only by the experience at H-E-B, but also by the prices – which were so affordable. I almost forgot to mention, we had fresh shrimp with pineapple salsa for dinner. Yum.