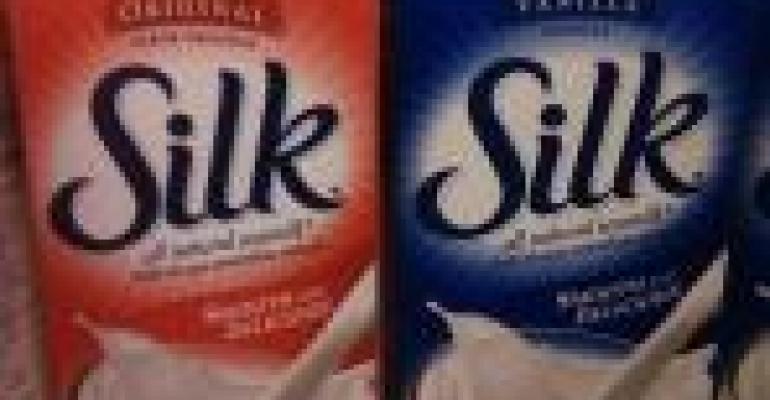 They Don't Got Milk

To borrow from the Shakespeare’s Juliet: “What's in a name? That which we call milk by any other name would taste as great...”

Alas, if you’re the National Milk Producers Federation, you’d have quite a bone to pick with Juliet. It’s been the group’s long-standing position that terms like “milk” should refer exclusively to dairy products from animals — not soybeans, almonds or rice.

“The FDA has allowed the meaning of ‘milk’ to be watered down to the point where many products that use the term have never seen the inside of a barn,” said Jerry Kozak, President and CEO of NMPF, in a release announcing a new petition drive to get the Food and Drug Administration to correct the “misappropriation of dairy terminology on imitation milk products.”

The organization, which last appealed to federal regulators in 2000 (without success), is reviving its campaign because the alternative dairy industry has grown beyond milk, and is now using terms like yogurt, ice cream and cheese to describe their non-dairy products.

“You don’t got milk if it comes from a hemp plant, you can’t say cheese if it’s made from rice, and faux yogurt can’t be made from soy and still be called yogurt,” says Kozak. In its petition, the NMPF notes that some manufacturers have adopted wording such as “cheeze” in order to circumvent the controversy.

But the NMPF has noticed and is asking dairy fans to help prod the FDA into action. The group has set up a special Facebook page that allows people to comment and post photos of non-dairy products such as rice milk, coconut milk ice cream and soy cheese.

The crux of the NMPF argument is that, by using dairy terminology, non-dairy alternatives are positioning themselves as equivalents when, in fact, they contain vastly different ingredients and vary widely in nutritional value.

That might be true enough, but I think that the answer to the dispute lies more in the basics — that is, the wording itself. Milk is a commodity. It’s considered by the government, and the industry itself, as a primary agricultural product. If the product is a commodity, what of the word used to describe it?

On the consumer level, there’s additional guidance favoring this common perception. Studies have shown there’s very little loyalty to one brand of milk over another; purchases are very much driven by price. For the NMPF to stand up and try to “brand” the commodity will be difficult, and I suspect that’s what gave the FDA poise last time.

This time around, though, the group might be arguing from a stronger position. Consumers are more choosey when it comes to dairy-based products like ice cream and cheese and yogurt. They are brand-loyal and brands are much stronger at this level of the dairy case.

Or, the FDA could dismiss this claim, too, saying yet again that a word is a word is a word… Now, if you’ll excuse me, I have to go get the scotch tape so I can post the notice I xeroxed on the wall, unless I get a paper cut and need a band-aid first.