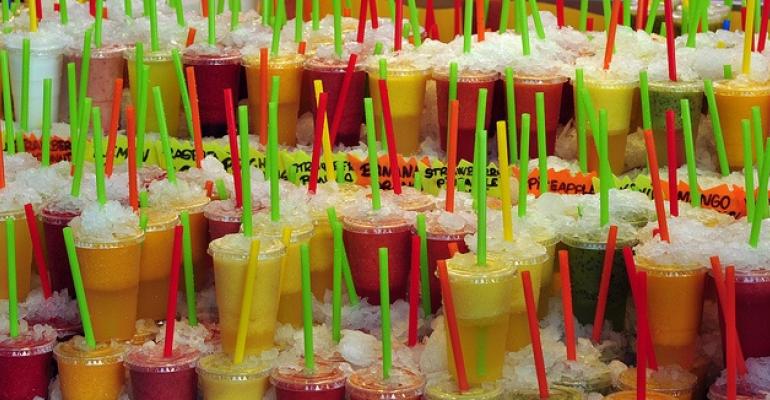 To those of you who missed the New Year’s resolution bandwagon, do not despair. Companies are rushing to supply guilt-ridden consumers with quick fixes — ritual cleanses and food intake readjustments — for the diet-conscious among us. 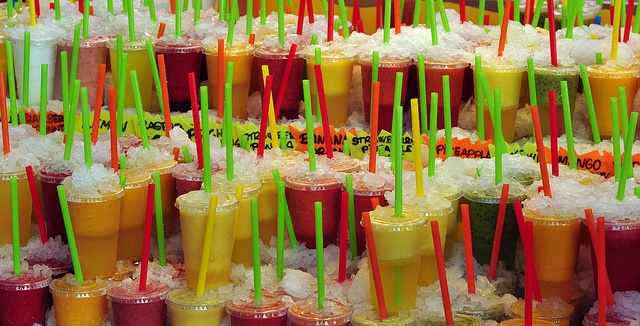 While I thought eating kale in a salad or with that other healthy food of the day — quinoa — was enough to set me on the path of better health, I was soon informed by my sister (always an adherent to the Food Fad of the Moment) that juicing kale was the way to go. She prepared me a concoction of ingredients that stood well by themselves, but in blended combination had an adverse effect on my taste buds and tactile response. Honestly, ingesting minute bits of kale that can’t get by my pipes without causing a massive bout of choking is not my idea of a healthy start to Q1.

With a little research and taste testing, I discovered that the healthy drink market is flooded with “green” entrants. I was immediately drawn to a product called “Green Machine” by Naked Juice due to its blatant tongue-in-cheek marketing. The label proclaims “Looks weird, tastes great” and they’re right. A perfect blend of sweet and savory, this “machine” certainly gives one an energy boost without the tasteless side effects. After finding various other green drinks, I began to wonder what gives a green drink its distinguished color. The obvious ingredients would be kale, broccoli, spinach or parsley; but, in fact, the common ingredients among the products I sampled were the nutritional supplements spirulina and chlorella.

The first is a strain of healthy bacteria dating back to the Aztecs who harvested the ingredient from lakes and sold them as cakes for ingesting. Most health food stores sell Spirulina in capsule form. Chlorella is a form of algae that became popular in the 1940’s as a tool to help ward off hunger after the population boom. Both ingredients are utilized as main ingredients in most green drinks on the market today.

Two equally important ingredients are barley and wheatgrass. Barley grass is said to have high concentrations of protein, iron, Vitamin C and calcium, while wheatgrass is best known for its ability to detoxify heavy metals in the intestinal tract and overall benefits to the immune system, helping blood flow and digestion. The latter became a huge fad in the late 90’s and early aughts, available as a shot in juice bars across the country. On their own, these grasses are not particularly palatable but when mixed with other fruits and vegetables, these power greens take on a whole new delicious form.

I studied the ingredients of a few other products: Odwalla’s Original Superfood, Bolthouse Farms’ Green Goodness Fruit Smoothie, and Sambazon’s Supergreens with Acai, and found they all shared similar ingredient profiles. Combining sweet and bitter elements creates a surprisingly delightful drink. Apples, bananas and mangoes all made the cut while some opted for kiwis and pineapple. Much to my surprise, green vegetables such as broccoli, spinach, kale, and Jerusalem artichoke were listed in some of the brands but not all; and when apparent, towards the bottom of the deck, denoting small amounts.

If gluten is on your mind, (or rather, if you’re hoping to keep it out of your mind), both Sambazon and Bolthouse Farms are labeled as gluten free. Sambazon is also the only USDA-certified organic product I tested, but all four are 100% juice. Odwalla and Naked advertise that no sugar is added and Odwalla, in particular, takes extra care to mention its 100% plant-based and recyclable bottle. All four have distinctively sweet flavors to help disguise the heavy-hitting greens, but vary in consumer ideals ranging from percentage of vitamins and antioxidant powers to sugar content and recyclability.

Thinking, drinking and staying green is now easily attainable due to some fabulous products on the market. Let’s hope my sister learns this!