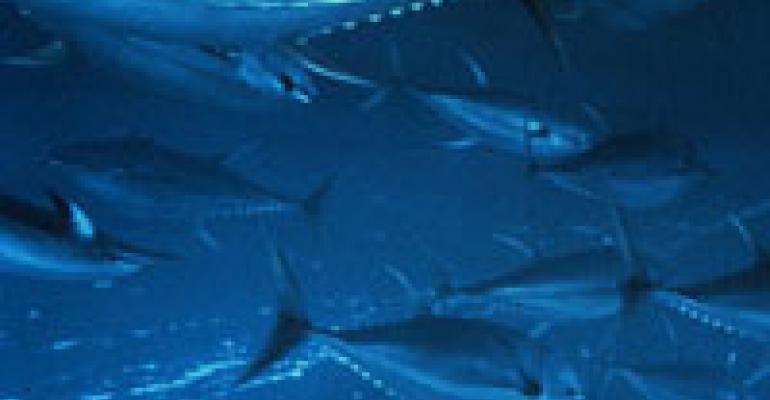 The Tides They Are A Changing

Supermarkets have taken quite a bit of flak for their seafood standards — or lack thereof, in some cases — but it appears they're starting to turn things around.

Yesterday, Ahold announced that all of its U.S. banner stores, including Stop & Shop, Giant-Landover, and Giant-Carlisle, have thrown their support behind the Conservation Alliance for Seafood Solution’s “Common Vision.” This is essentially a commitment to providing more sustainable seafood, as well as educating customers and supporting environmentally responsible policy. This, combined with Ahold’s ongoing relationship with the New England Aquarium, shows that the Netherlands-based company is taking seriously the threats that world aquaculture is facing today. Right now, Stop & Shop is in the process of dropping three over-fished species from its cases: shark, orange roughy and Chilean Sea Bass.

Ahold’s decision reflects an attitude that seems to be catching on in the industry. Earlier this month, Whole Foods announced that it would step up its already much-respected farmed seafood standards, incorporating additional guidelines for traceability and ecosystem management. Wal-Mart has also gotten into the game, rolling out Marine Stewardship Council certified fish and setting up standards for its farmed shrimp, among other things.

Many other companies have expressed interest in expanding and establishing standards similar to these. This is doing right by the environment, and right at a time when the seafood category could use a boost. The average American ate 16.3 pounds of fish and shellfish in 2007, a one-percent decline from 2006, when they ate 16.5 pounds, according to newly released federal statistics.

As with any measure aimed at helping the planet, sustainable seafood guidelines will mean changes for shoppers. Doing without trawl-caught haddock or orange roughy certainly won’t be the end of the world, however. And besides, there are a growing number of responsibly caught options out there.

Managed correctly and with good conscience, seafood departments should be able to meet consumer demand and still promote healthy aquaculture.