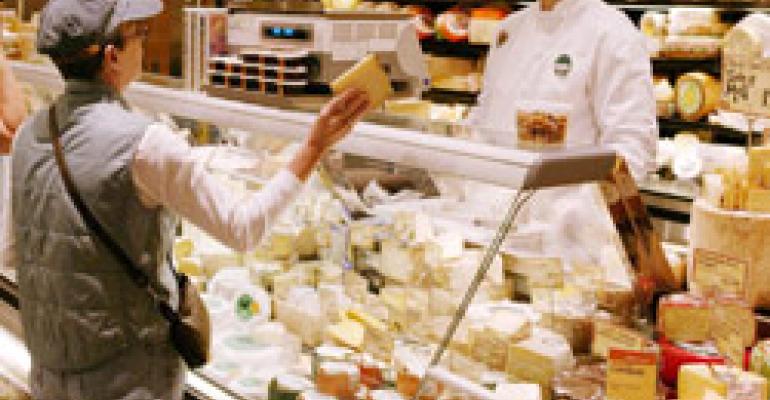 Trading Down at Whole Foods

Many people have been waiting to see how Whole Foods Market would perform in this faltering economy. Yesterday came the answer: The company eliminated its dividend, scaled back expansion, got out of new store leases where it could, and announced plans to cut down on discretionary spending.

Of course, more than the economy is at work here. WFM is still working to integrate the Wild Oats chain, which is acquired last year for $565 million. But let's face it. The evidence indicates that a large number of shoppers are abandoning the chain and trading down.

Whole Foods has fought back by promoting new prices on many grocery items, but that only goes so far. Try as it might, the company isn't known for having competitive prices on yogurt and cereal. CEO John Mackey has built WFI's reputation on high-quality perishables, and its standards almost preclude it from offering anything less than organic, free-range, humane-certified, sustainably-harvested fresh foods. Just about all of it is beyond the average consumers' budget.

Whole Foods' problem is that — in taking the high road and bringing its message to the masses — it never developed a strategy to lower itself back down to where the rest of us are currently shopping. It's lonely at the top, and apparently, pretty expensive.