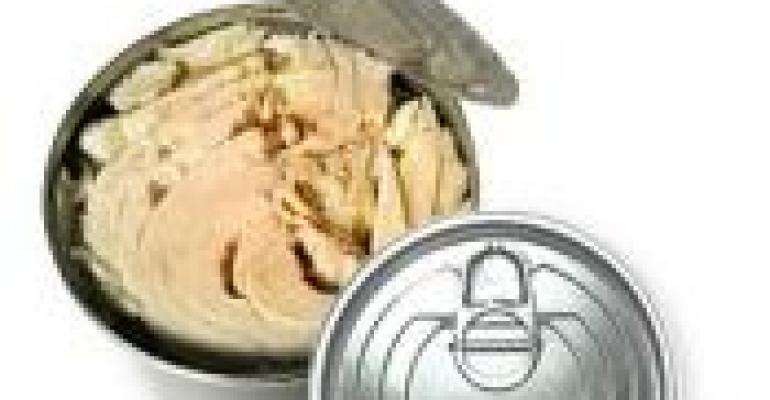 The eco organization Greenpeace is very passionate about its many causes. However, its workers have also been very practical in engaging supermarkets on their seafood policies over the past few years, meeting with executives and offering solutions at the same time they’re flying airships over company headquarters. This approach has gotten results, as we saw earlier this year when Costco agreed to remove a dozen red-listed species of fish from its stores. The organization’s seafood scorecard has also become a tool for change, convincing several mainstream retailers to source more of their seafood sustainably.

That antagonistic side of Greenpeace, though, can overshadow its more constructive efforts. Like this: A two-minute cartoon recently released to “expose” canned tuna companies Starkist, Bumblebee and Chicken of the Sea for their allegedly destructive fishing practices. I would offer up a short synopsis, but you really have to see it to believe it. The Chicken of the Sea mermaid throws a harpoon through Charlie Tuna’s eye. A character known as “Mr. Shadowy Multinational Corporation” materializes. It’s all pretty immature and gross.

It's also disappointing, since right away it quashes any hopes of diplomacy between Greenpeace and the tuna companies, who, sure enough, have released their own short video and website countering the claims made by Greenpeace.

So the gloves are off. Yawn. What did all of this accomplish? Two sides that already hated each other now hate each other a little more. Archetypes of multinational corporations and radical environmental organizations were reinforced. People who have always wanted to see Charlie Tuna get harpooned got their wish.

Surely we can do better than this. Consumers want to buy sustainably fished seafood, and whether they admit it or not, manufacturers and environmental advocates have a lot of overlapping interests in making that happen. Why not build upon those interests rather than falling back on the same worn-out parodies and name-calling? Greenpeace itself has proven this an effective tactic, as have other organizations like the Environmental Working Group.

Or am I just being naïve here?