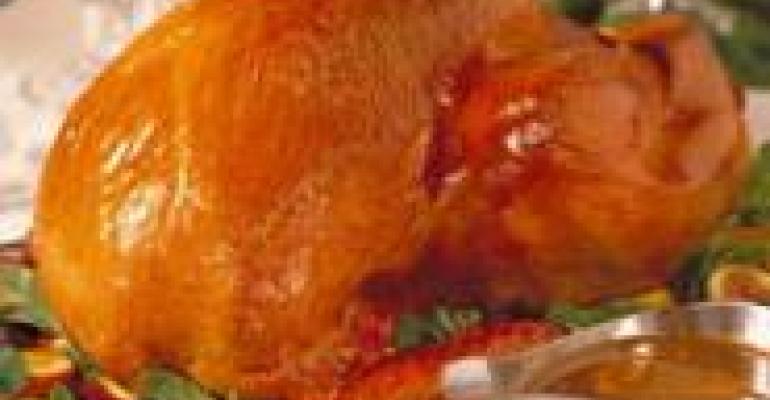 I can’t imagine Thanksgiving without a real turkey, but apparently a lot of people can. Tofurky, the soybean-based alternative that’s available in a variety of sizes and flavors, saw sales go up by 37% last year according to its manufacturer, Bend, Ore.-based Turtle Island Foods.

Indeed, it seems a lot of unconventional foods are showing up on this traditional holiday. In addition to tofu turkey, which some people like to shape and flavor just like the real thing — even shoving in the stuffing — there’s a growing emphasis on adding local and organic dishes to the table. The Consumers Union and Eat Well Guide recently challenged consumers to include at least one locally produced, preferably organic, item in their Thanksgiving feast.

Rising concern right now over humane treatment (this certainly doesn’t help) and meat’s carbon footprint seem to be driving sales. And supermarkets have been more than happy to oblige. But how might the economy shake things up this season? Consumers are feeling the pinch, and might be less inclined to pay more. Smartmoney.com sent a reporter to buy all organic foods for Thanksgiving and found that the total came out $100 higher when compared to conventional items.

Most shoppers won’t have an all-organic Thanksgiving, however. They’ll buy local, organic, seasonal, or tofu-based foods where and when their values — and their pocketbook — tell them they should.