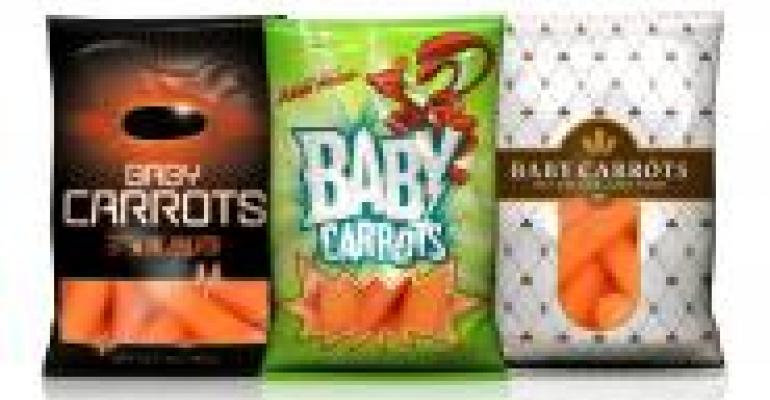 The Federal Trade Commission’s release of new advertising guidelines for kids yesterday raises an interesting question: If Toucan Sam and Tony the Tiger have such a powerful influence on children, why aren’t they being used to promote healthy foods?

Or, to be more specific, why aren’t produce companies and other health-food manufacturers hitting back against their junk-food competitors? Imagine, if you will, an alternate universe, where the Keebler Elves appear on bags of carrots, where the Trix Rabbit’s mug shows up on bunches of bananas, and where everything from skim milk to celery sticks is emblazoned with the same eye-popping graphics used to sell potato chips, cookies and other indulgent snacks.

To many health-conscious parents and consumers, this seems ridiculous — and maybe that’s part of the problem. The sensible ethos of good nutrition doesn’t square with the world of hyperactive marketing, and so many healthy snacks for kids feature toned-down packaging and advertising geared more towards parents than children.

Another barrier is, of course, money. Characters like Toucan Sam are well known because companies have spent hundreds of millions of dollars to make them that way. In today’s fractured advertising market, even the most scaled-down marketing campaign would have to touch online, social media, print and broadcast outlets in order to reach young consumers. That adds up quickly.

There’s success to be had, however. Consider Bolthouse Farms and its line of baby carrots, which late last year got a packaging makeover modeled after competitors in the snack aisle, complete with bold, colorful graphics, and a brash slogan (“eat ‘em like junk food”). Bolthouse supported the effort through social media and other outlets typically dominated by snack-food giants, including an online video game. In short, they followed a completely different playbook, and as a result have become a hit at grocery stores and vending machines in their test markets.

I actually interviewed Bolthouse’s marketing director, Brian Reese, recently. Here’s what he had to say about the decision:

While the functional benefits of carrots are well known, we’ve lost our relevance. We’re not as fun, we’re not as top of mind in the world of snacking because the world of junk food snacking spends hundreds of millions of dollars every year communicating with consumers. Our campaign is designed to unapologetically reinsert ourselves into the snacking occasion.

Complicating the picture is the elasticity of that word “healthy”, with a wide range of companies now making claims about whole grains, fiber, and other fortified nutrients in their products. The FTC’s ruling aims to reel in some of these tactics by setting nutritional benchmarks for items that can be marketed to kids. But these rules will be voluntary, and won’t go into effect until 2016.

Which means the Bolthouse Farms of the industry still have their work cut out for them.