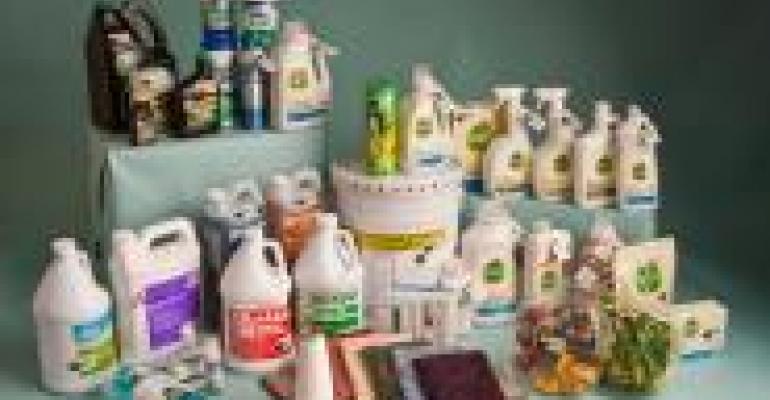 It’s not a certified “natural” claim — but it might be the next best thing. Yesterday, the U.S. Department of Agriculture announced the first 60 products that will bear its new “Biopreferred” label signifying they’re made of at least 25% renewable ingredients.

Companies like Seventh Generation (which also has this going for it) and NatureWorks are among those to receive certification, with products ranging from engine oil to soaps and household cleaners. The amount of agricultural ingredients contained in each varies, but the label will have a percentage reflecting exactly how much of the ingredients are renewable.

"When consumers see the BioPreferred label in a store, they'll know that the product or its packaging is made from renewable plant, animal, marine, or forestry materials," said Deputy Secretary Kathleen Merrigan during yesterday’s announcement.

The program was created nearly ten years ago — as part of the 2002 Farm Bill — in order to grow jobs in rural communities and lessen dependence on foreign oil. That’s a long time from concept to execution, and the program does seem a bit dated in the crowd of third-party label claims on today’s shelves.

There’s also the possibility for confusion. What will consumers think when they see a Biopreferred label next to an organic one? Will they mistake the seal as meaning the product is biodegradable? And how important will those percentages be? People could get into some fairly complex label math if they’re balancing percentage organic and percentage Biopreferred. All things being equal, does Fair Trade become the tie-breaker?

Still, the USDA backing is what the program has going for it. Consumer interest in products that are genuinely “natural” is as strong as ever, and so Biopreferred should hold a lot of appeal for skeptical shoppers. It’s a good first step toward strengthening standards on the use of renewable materials, too, and the USDA has said it hopes to build upon the Biopreferred program.

As always, the ultimate test will come at the shelf.