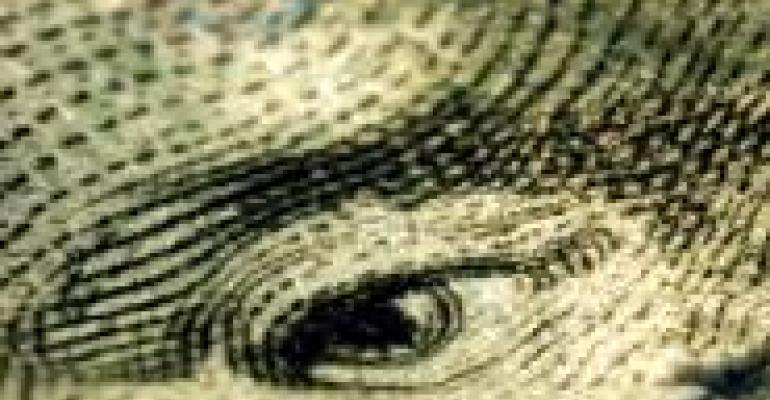 The economic news keeps getting better, though it comes in drips and drabs. At the very least, conditions are not worsening. The latest statistics coming out this week indicate a recovery clinging to the nation like a starfish to a surf-battered rock.

To wit: March wasn’t all that bad, as a number of food retailers reported higher-than-average results. Sure, spring has been only flirting with many parts of the country; gasoline prices are at their highest since September 2008; unemployment has yet to fall through the floor of 8%; and food prices are going up. But the situation is still bright enough that consumers felt comfortable treating themselves to some purchases.

Thompson Reuters notes that analysts tracking March performance were expecting a drop of 0.7% in same-store sales among a group of 25 big retailers they were following. More than half have called in their sales figures, with 11 of them beating expectations. Among the retailers who handed in a better-than-expected performance were two warehouse formats: Costco (up 13%) and BJ’s Wholesale (up 5.3% and currently under consideration for acquisition).

Another firm, Kantar Retail, issued a less optimistic statement, noting that sales "sagged to a 2.5% gain in March."

So what are the shoppers up to that supports these improvements at retailers? Some other data this week indicates they are focusing on whoever has the right mix of product, price and value. These are attributes that are always important, but the single-mindedness with which consumers are zeroing in on them right now hasn’t been seen in some time.

According to consulting firm The NPD Group, consumers are expecting to spend more on commodities like food and gas, and with that, to look harder at the price/value balance.

NPD’s Economy Tracker, which monitors consumer sentiment about the economy and spending, found that 22% of consumers plan to increase their spending on groceries over the upcoming months, up from 17% in February. Likewise, 40% of consumers stated in March that they plan to spend more on gasoline over the upcoming months, up from 28% the month before.

“It’s important for manufacturers and retailers to understand the shifts in consumers’ attitudes and behaviors in light of the economy and rising prices, and connect with the consumer both in-home and in-store with a meaningful value proposition,” says Mark East, president of NPD’s food and beverage unit.

“Connect with the consumer” is something that natural and organic does very well, and probably goes far to explain why many categories and retailers continue to find a receptive market. Whole Foods Market, considered the bellwether stock for the industry, enjoyed an impressive start to its year, and is getting ready to issue financial results for Q2, which ends on April 10.

WFM's results will be available in early May. But given the overall retail performance reported last month, it’s fairly safe to assume that the wellness segment is in pretty fit shape. Core categories like dairy and kids foods remain strong sellers, marketing and promotion is aggressive and certain lifestyle issues (gluten intolerance, obesity) continue to drive sales. Shoppers are finding that the value of a wellness product justifies any price difference.

However, there is a breaking point. Sales increases are coming at the expense of volume; packages are shrinking; and price pass-throughs are getting noticed. The natural/organic categories are extremely sensitive in these areas, and poor decision-making by executives now could set us up for a very unpleasant summer.