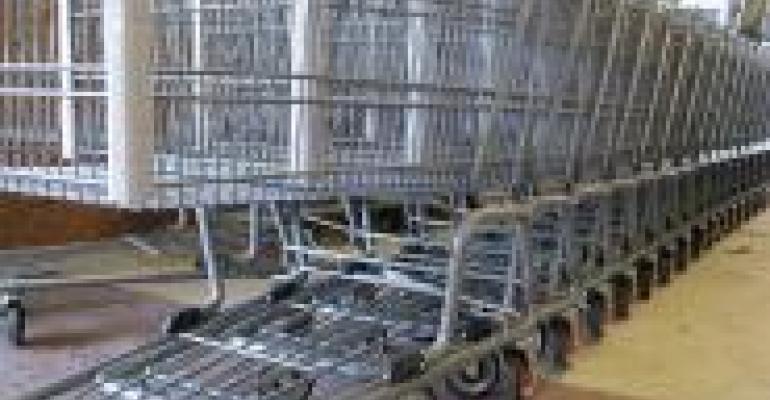 Wal-Mart’s fourth quarter earnings showed a retailer still on the ropes after some well-documented blunders that alienated core shoppers and removed well-liked products from the aisles.

But the stat that caught the most attention was the 1.8% drop in same-store sales. It’s the seventh consecutive quarterly decrease, and was much larger than forecast.

The most serious competitor to Wal-Mart is turning out to be dollar stores. Analysts quoted in a Wall Street Journal article believe at least some of the chain’s woes can be laid at the feet of the dollar store segment. They’re like flies buzzing around the great lion: small, agile and too numerous to swat. While Wal-Mart is looking to get one or two stores into untapped urban markets like New York, the Journal notes that dollar store operators plan on adding more than 1,000 units in 2011.

Dollar stores aren’t a new threat to Wal-Mart. They’ve been steadily building their presence for as long as Wal-Mart has been building supercenters. It’s an open secret that one of the early strategies used by dollar stores was to open right in the shadow of the looming Wal-Marts, with the goal of siphoning customers who wanted low prices but not the crowd or the hassle of navigating a huge store.

Switching away from Everyday Low Pricing, implementing the ill-conceived “Win-Place-Show” merchandising strategy, over-rationalizing SKUs in the "Project Impact" plan, and related moves over the past few years, have put a dent in the retailer’s armor. But let’s not forget that this is a hugely profitable company with a long reach. It still has revenues of more than $405 billion and is still expanding. A lot of the growth is focused overseas, but even stateside, Wal-Mart is still unfolding.

For example, in Reno, Nev., where it already has five supercenters in the area, officials are shopping sites that could accommodate four or five Neighborhood Markets, the traditional grocery format Wal-Mart created as a fill-in for markets already populated by its supercenters. Similar activity is taking place in Milwaukee, Wis., and other cities of about the same size. Even smaller formats are being discussed as the company continues to diversify in the face in increased competition from small stores.

Wal-Mart’s environmental message remains intact, and is poised to grow stronger. The chain’s ongoing dedication to green operations and sustainability is ready to reach additional milestones; and, after declaring its intent to sell more organic food in 2006, comparable commitments were made to selling local foods and sustainable seafood. The economies of scale that are weighing against the retailer right now are the same ones it’ll need to bounce back on sales and profit. Until then, look for it to continue highlighting its efforts to mainstream sustainability.