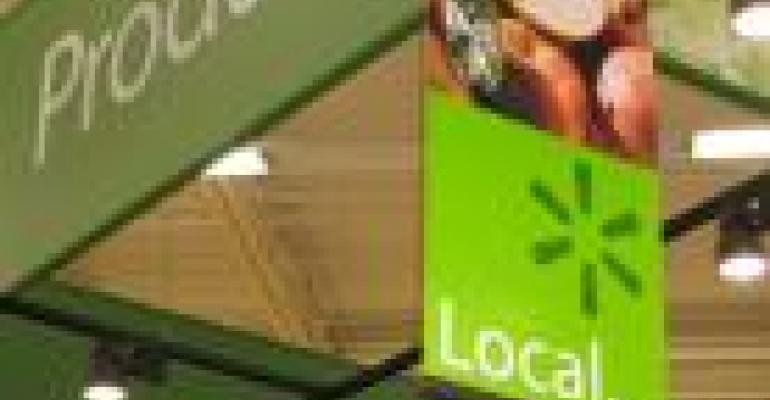 Wal-Mart: Movin’ on Up

The larger something is, the longer it takes to turn (sometimes with terrible results). But watch out. Once the turn starts, all the energy going into the effort creates a momentum that’s nearly impossible to stop.

Such is the case with Wal-Mart, the retailer everyone loves to hate. For years, it’s been attacked as a downscale, obese operation that kills the communities in which it opens. The unflattering portrait is often bolstered by small-business advocates and disgruntled employees who point out the chain’s blind devotion to selling at the lowest price, consequences be damned.

Those criticisms are coming fewer and farther between now, thanks to the company’s ongoing efforts in the area of sustainability and health and wellness. Just lat week, the retailer confirmed publicly that all of the eggs it sells in all of its stores are cage-free. The announcement prompted the Humane Society of the United States, a leader in animal welfare, to withdraw a shareholder resolution it submitted to Wal-Mart last November calling on the company to disclose its progress moving toward cage-free eggs.

Noting that Wal-Mart has 30% of the food retail market, HSUS is hoping it will influence other industry heavyweights.

“Wal-Mart’s move is a positive one, and we hope its competitors follow suit,” said Paul Shapiro, senior director of the group’s factory farming campaign.

Meanwhile, the March issue of The Atlantic includes an article by the magazine’s food writer, who finds that Wal-Mart’s produce sections are competitive with the basic offerings found at Whole Foods Market. Not only that, but the retailer has been diligent in trying to increase the availability of local-grown foods in its stores as part of its ongoing mandate to consider sustainability and a social consciousness in going about day-to-day business.

Wal-Mart’s idea of promoting “Heritage Agriculture,” an in-house concept introduced during the tenure of then-CEO Lee Scott in 2007, is but one aspect of this larger umbrella program that extends well beyond produce.

And, a study we initially reported on last summer is back in the news. The report, conducted by two university professors, found that the arrival of a Wal-Mart Supercenter into a low-income area has a beneficial impact on eating habits, because fresh produce becomes less expensive. The authors cite data from studies showing that, even after accounting for discount cards and sales, Wal-Mart maintains a price advantage of 8%-27% on various food items.

Another study the professors refer to estimates that competing supermarkets reduce their prices by 1% - 1.2% after the entry of a Wal-Mart Supercenter into the area — But even after the discounts, Supercenters still hold a price advantage of 10%.

The really interesting point here is that the retailer didn’t have a hand in crafting or influencing any of these stories. They came from independent sources. It seems there’s growing interest in uncovering the good aspects of being a big retailer.