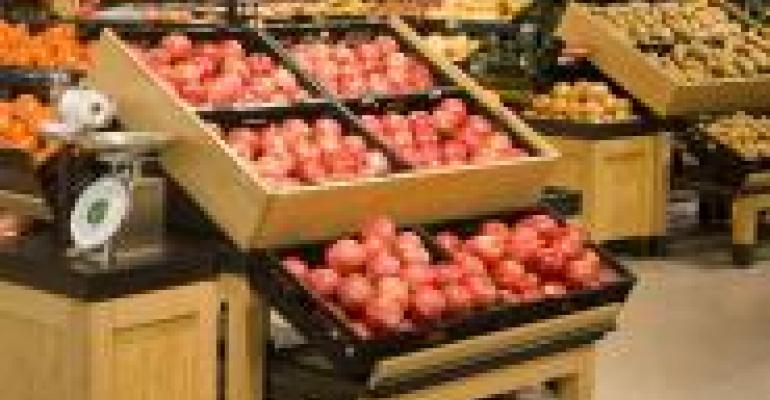 It was during the 1999 annual convention of the United Fresh Fruit & Vegetable Association. Bruce Peterson, who at the time was Wal-Mart’s vice president of perishables and I stood outside the exhibition hall talking for close to a half hour. The topic was returnable plastic containers, or RPCs.

At the time, Wal-Mart was deep into rolling out the plastic display bins to two entire divisions, having successfully completed a six-store test in the Ft. Meyers, Fla. Area. The tryouts brought higher produce sales and lower shrink, Peterson told me, and expanding the use of the crates was a direct result of that success.

Indeed, starting that year, Wal-Mart established itself as the industry leader in the use of RPCs. If you’ve ever shopped a Wal-Mart Supercenter or one of their grocery formats, you know what I’m talking about. The plastic, milk crate-like containers are used throughout the chain’s produce departments, and elsewhere in stores.

Wal-Mart continued to accept corrugated cardboard containers (and still does, to an extent), but RPCs were the preferred conveyance for produce. While other retailers recycled corrugated for cash (Albertsons reported earning $12 million from recycling 161,000 tons of cardboard in 1997), Wal-Mart pressed ahead by looking for savings in a different way. The company’s unrelenting focus on distribution efficiencies is what — bottom line — allowed it to thrive as it expanded its store count during the mid to late ‘90s and into the new millennium.

Now, word comes that Wal-Mart is rethinking its reliance on RPCs. A letter sent out to grower-shippers a month ago notified them of the pending switch back to corrugated starting sometime soon. The exact date has been pushed back twice, and is now slated for sometime in October, according to a report in The Packer.

The transition is due to start with apples, stone fruit and citrus, vendors told the trade paper. The retailer is directing them to a list of seven preferred corrugated suppliers that are preparing cardboard boxes redesigned with Wal-Mart-specified graphics.

Wal-Mart is not commenting, but the suspicion is that, while RPCs worked fine from the field through the DC, store-level execution left something to be desired. There’s no mention of the shift back to corrugated in the company’s most recent sustainability yearbook, so it’s unlikely that produce executives have suddenly become enamored of recycling to an extreme degree.

But back to Peterson (who retired from the company in 2007). Our conversation that April day in San Diego roamed far and wide. His excitement was palpable. RPCs were efficient, but imagine putting RFID tags on them! At the time, Peterson was familiar with work being done by M.I.T. on combining the radio tags with the containers. The implications for freshness (When were they picked? When were they shipped and when did they arrive at the store?) and safety (Which farm? Which day? Which field?) seemed limitless.

It was that kind of thinking that brought Wal-Mart to the forefront of the American retail scene. Whatever the reasons the chain is considering, its grand run with RPCs and fresh perishables revolutionized the produce distribution business.