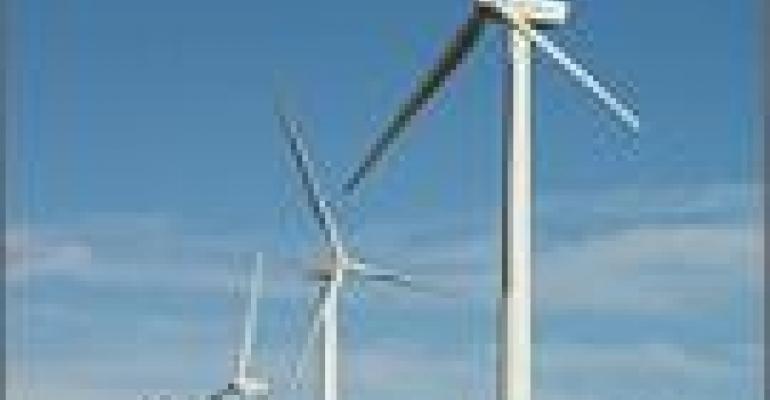 Wal-Mart in the Wind

Lee Scott’s departure may be the biggest news coming from Wal-Mart lately, but it’s not the most sustainable. For our purposes, it’s worth noting that the Bentonville retailer has pledged to purchase wind power that will provide more than 200 million kilowatt-hours of energy per year to stores and facilities in Texas.

Starting next April, wind power will provide 15% of all the energy needs at 360 Wal-Mart stores. This will eliminate 139,000 tons of carbon, which is equivalent to taking 25,000 cars off the road or 18,000 houses off the grid, according to the company.

“The wind power purchase will result in a significant decrease of greenhouse gas emissions,” said Kim Saylors-Laster, vice president of energy for Wal-Mart, in a statement.

Wal-Mart’s plan is to eventually be supplied by 100% renewable energy. That seems like a lofty goal at this point, but no doubt other companies, including some progressive supermarket chains, are pursuing.

Now, back to Lee Scott. It was his 2005 speech “21st Century Leadership” that started this massive conglomerate lumbering down the road to environmental consciousness. Scott followed it up with “Sustainability 360,” a company-wide initiative designed to take sustainability directly to Wal-Mart’s associates, suppliers, communities and customers. Say what you want about Wal-Mart, but Scott deserves some credit for working to make nation’s largest retailer greener.