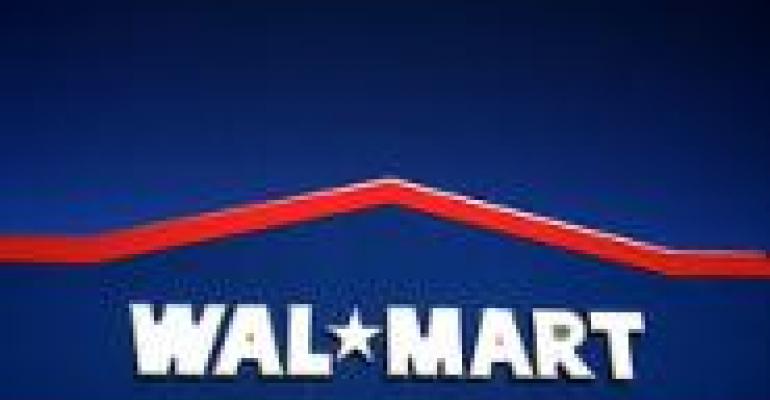 As Wal-Mart adjusts its image with smaller stores, more local food and a wildly ambitious sustainability mission, it assumes it’ll hang on to those millions of customers who still value the company for what it’s traditionally been — the low-price leader.

It appears, however, that Wal-Mart can’t have it both ways. Research firm WSL/Strategic Retail recently surveyed 1,500 customers and found that 86% of them no longer believe Wal-Mart’s prices are the lowest. The logical assumption is that customers are defecting to other stores. And indeed, a Bloomberg story yesterday leaked an internal memo from the company stating visits are down 2.6%.

Analysts are quick to point out that Wal-Mart needs to do a better job of targeting its low-income shoppers, most of whom are still feeling the impact of the recession. Many think this is a problem with marketing and not with actual selection, but in any case the company has undone some of the editing it did under its Project Impact initiative by reintroducing an average of 8,500 new products to its stores.

So the company known for rolling back prices is now rolling back time, as well, by reverting to some of its bigger-is-better strategies. This doesn’t spell the end of Wal-Mart’s evolution as a retailer. But it does highlight the difficulties the company faces in becoming the nimbler, more diverse food-focused company it wants to be.

Back in the day, of course, there were few if any food offerings at Wal-Mart. That changed in the ‘90s, and ever since then the company has kept pace as a full-service grocery store, stocking a wide array of conventional as well as organic and local items. Wal-Mart’s new small format stores represent its next evolution as a food retailer because that’s all they carry. None of the electronics, toys or other general merchandise that are Wal-Mart’s legacy. Just food.

That’s a bold departure for Wal-Mart, but it may be spreading the company’s image too thin. After all, it is still the world’s largest retailer, with the vast majority of sales still coming out of those large stores that offer everything under the sun. That’s what most Wal-Mart customers still associate the company with, and there’s understandably confusion when it appears to pull back from this way of operating. Put another way, Wal-Mart is trying to become a smarter, fresher company, but many people take this as going back on the principles that made it into the store they love to shop.

With same-store sales flat over the past eight quarters, Wal-Mart will probably reintroduce more strategies from its old playbook. The key, however, isn’t to look at the two sides of the problem as mutually exclusive. The many low-price healthy and organic foods Wal-Mart carries, for example, belong right there with the multipacks of cereal and soda as values that can drive growth for the company.

Wal-Mart has taken many innovative steps forward in recent years. Now that it’s encountering some resistance, it’d be a shame to see it retrace all those steps back to the beginning.