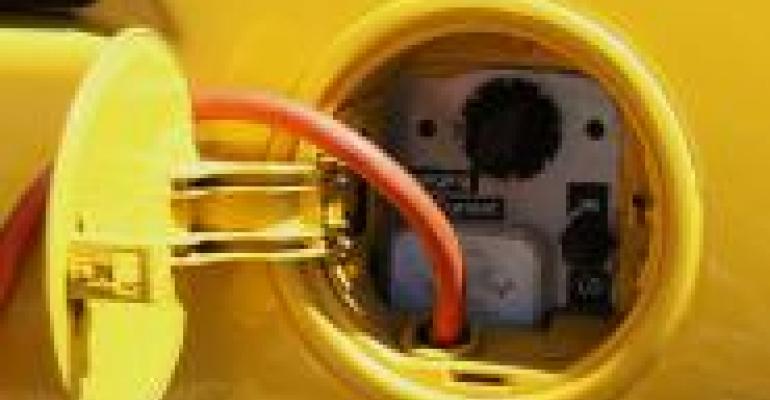 It’s as good a time as any to talk about gas prices. Just this week, a fourth state reported averages at or above the $4.00–a-gallon mark. No one should be surprised that the list includes Alaska, Hawaii and California. But Illinois? Yikes, right in America’s heartland. The outlook is grim for the other 44 states as we motor into the high-mileage summer months.

Like food, gasoline is a critical household commodity, and one that many supermarkets like to offer. Retailers ranging from a single convenience store to giant Kroger are in the business of pumping gas. And it’s profitable. Fuel makes for a great loyalty program with lots of cross-merchandising potential (“Buy enough of this, get a gallon!”).

Walgreens, the nation’s largest drug chain with nearly 7,700 stores, is following a different route (Indeed, a drug store would seem an ironic spot to host vaporous fueling stations). The chain is helping to launch what is being described as the first privately funded, comprehensive electric vehicle charging network in the United States.

Walgreens has partnered with New Jersey-based NRG Energy to install high-powered rapid charging stations at 18 locations across the Dallas/Fort Worth Metroplex. The inaugural unit is being installed at a Walgreens at Belt Line Road and Montfort Drive in Dallas. Officials with NRG say they are aiming to have 30 such installations up and running by Labor Day.

“Every day, we serve our customers’ health and daily living needs and now, we are expanding those services to help customers who embrace environmental sustainability and electric vehicle use,” is what Walgreens’ director of energy and sustainability, Menno Enters, said in a release.

According to the retailer and NRG, the charging stations feature a high-speed DC charger that can add 30 miles of range in as little as 10 minutes of charging time, along with a Level 2 charger that can add up to 25 miles of range per hour of charge. The Walgreens stations will be strategically located in other areas throughout the region to provide comprehensive coverage.

Just how much use the stations will initially get remains unanswered. Right now, estimates are that there are about 40,000 all-electric vehicles zipping around, though most of them are small neighborhood vehicles and not “cars” in the traditional sense of the word. The one mass-produced car in the U.S. market right now is the Nissan Leaf, and the company delivered fewer than 500 through March of this year. The 4-door, family sedan can travel up to 90 miles on a single charge, according to the company.

Businesses that dismiss the small numbers of electric cars on the road as irrelevant will find themselves falling behind as these vehicles become more common. Charging stations are ideal demonstrations of a retailer’s commitment to the environment. At this early stage, it would be neat just to have one.