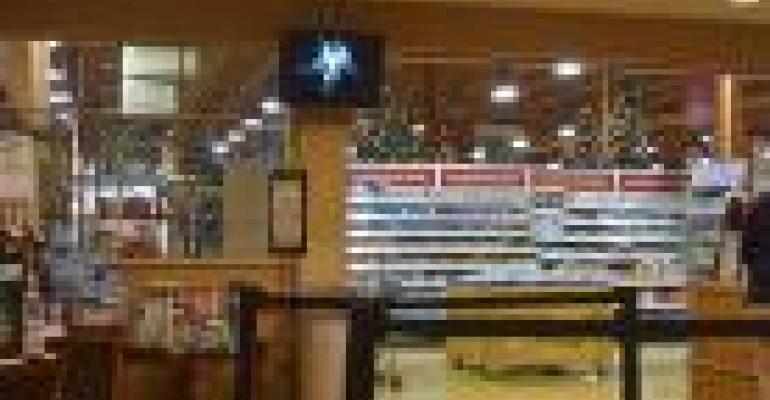 Much has been written about retailer efforts to include pharmacy in more of their health and wellness strategies. The thinking is that the department is a logical choice for many initiatives that go beyond dispensing prescriptions and hold flu shot clinics.

The problem has been an invisible barrier that keeps retailers from integrating it into the rest of the store. The perception persists that the clinical, dispassionate environment in most pharmacy areas can’t be reconciled with the high-touch, interactive atmosphere promoted in the rest of the store.

Like most perceptions, of course, this isn’t true. Many people know from experience that talking with a pharmacist is about as intimate as one can get in a supermarket setting. You’re talking about your medical conditions, your health and the medications you’re taking.

So, instead of trying to direct customers into the store, one retailer is turning the idea on its head and bringing more of the store into the pharmacy. That chain is Rochester, N.Y.-based Wegmans, which announced it is setting up healthy food displays next to the pharmacy counter as part of its “eat well live well” wellness program. For instance, summer berries might be there now, replaced by citrus fruits or soup in the winter, and whole-grain snacks before the Super Bowl.

“There’s so much good science showing that people lower their risk of many health problems when they make healthy food choices and include regular exercise in their routines,” Wegmans pharmacist Brian Pompo, stated in a press release. He also coordinates wellness and clinical services for pharmacy.

Registered dietitians at the 76-store chain meet regularly with pharmacy executives like Pompo with the aim of developing reference materials for pharmacists that incorporates the latest findings about food and health as it applies to medications.

The press release outlines a few scenarios that illustrate the principles of the program at work. For instance:

“A customer has some questions for the pharmacist about the cholesterol-lowering drug he has begun taking and says his doctor mentioned that some foods could also help him lower his cholesterol, but now he doesn’t recall what they were. The pharmacist says fiber-rich, whole-grain foods, like those on display — rolled oats and whole grain breads and cereals are “heart healthy” choices. A quick way to spot them when shopping for groceries is to look for the heart healthy wellness key on Wegmans-brand items — it signals that the food in the package meets nutrition guidelines for maintaining cardiovascular health.”