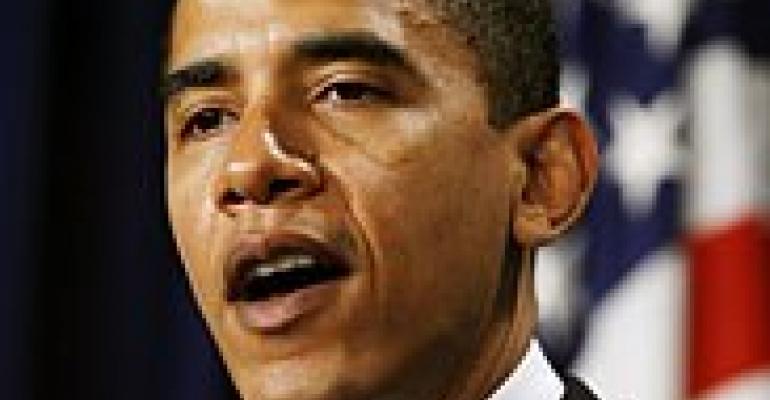 What Obama Means for the Food Industry

The electorate is understandably a lot hungrier for Barack Obama’s views on the economy and the Iraq War, so we food business types will have to wait a bit until we can get a fix on where the president-elect stands on food policy, not to mention health and wellness. For starters, we’ll be watching to see who he nominates to key administration and cabinet-level positions. In the meantime we can pick over what he’s already talked about.

Making the nation’s food system more sustainable seems to be a top priority. His website states that he will support regional food systems by promoting local agriculture and making the transition to organic easier for farmers. He also wants to place strict environmental standards on confined animal feeding operations (CAFOs), whose high carbon emissions and animal treatment practices have come under attack in recent years.

Ensuring food safety should be priority numero uno in all of this, given the nation’s experience with melamine from China, and more. Obama has stated he wants to expand surveillance programs and increase the Food and Drug Administration’s authority to issue recalls. He also fully supports Country of Origin Labeling.

So what do supermarkets think about the next president? Our SN colleagues Mark Hamstra, Jon Springer and Elliot Zwiebach, who cover the retail/financial side of the business and have chatted with several CEOs over the past couple days, report that the industry agrees Obama won’t be business as usual.

“Though I did not vote for him, he is my president today,” said Jack Brown, CEO of Calif.-based Stater Brothers.