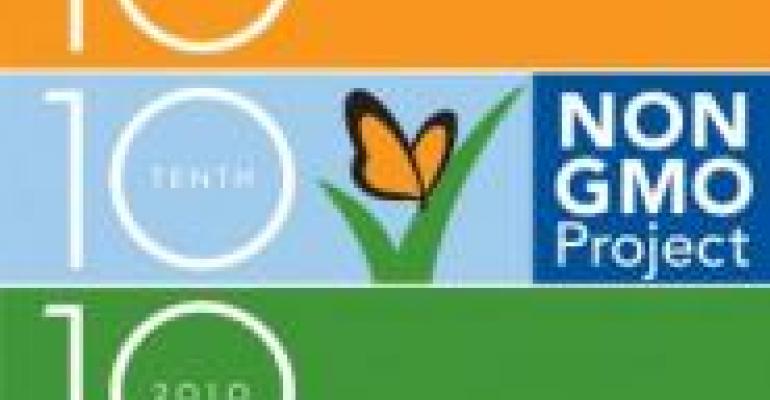 Nearly 300 retailers are signed up to take part in October’s first-ever Non-GMO Month. The weeks-long celebration “will draw consumer attention to Non-GMO [products], as well as educate them about the GMO issue,” stated the organizers, the Non-GMO Project, based in Upland, Calif.

The timing couldn’t be better, since the shopping public lately has been getting something of a crash course in bio-engineering. The Food and Drug Administration just completed a series of public hearings on the AquAdvantage salmon, a genetically modified food fish that grows faster and larger than its unaltered brethren. The hybrids uses two gene inserts, one from another salmon and one from a different species.

The salmon (the first GMO animal protein being considered by U.S. regulators for consumption) attracted a lot of headlines, but in reality, Americans have been buying and eating genetically modified foods for quite some time. Estimates from the Grocery Manufacturers Association are that GMO ingredients can currently be found in about 80% of conventional processed foods in the United States, mostly commodities like corn, wheat and soy.

The problem is — and this has been one of the biggest concerns among GMO critics — is that there are no labeling requirements that would inform consumers. Packages of snack crackers made with GMO wheat won’t tell them at least one of the ingredients in the product has been modified. The issue came up again with the AquAdvantage salmon.

The retailers involved in this inaugural campaign this year are primarily independent health food stores, co-ops and natural foods chains like Whole Foods Market. Yet, many conventional operators have made a point of making their private labels Non GMO, and seeking certification from the Non GMO Project. Such products gain access to a label that can be used on all packaging.

The issue of genetically modified foods is polarizing, and always skirting the fringes of politicization. One side is arguing for the purity and authenticity of food (and by extension, transparency from companies using GMO ingredients). The other side sees these scientific advances as a miracle capable of feeding a world population that is growing exponentially amid dwindling natural resources (such as viable farmland).

Both groups have valid points, and the debate deserves more of our attention. But there’s one thing everyone should be able to agree on immediately: Consumers merit consideration as well, beginning with mandatory labeling. If nothing else, the Non GMO Project and its October campaign could start to remedy this oversight.