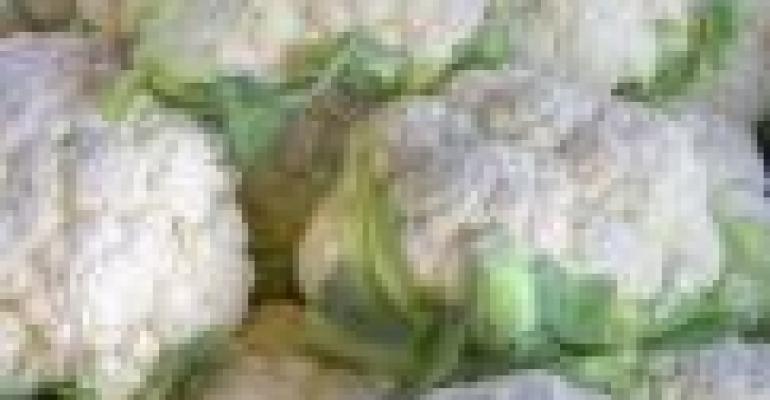 When selecting fresh produce, I try to heed the advice I hear from many sources. Look for greens, blues and other bright colors.

Based on research, it appears that white fruits and vegetables, such as apples, pears, bananas, cauliflower, cucumbers and mushrooms may guard against strokes. The findings, currently available online, will be published in the November 2011 edition of Stroke.

The research, led by Linda Oude Griep from Wageningen University in the Netherlands, studied more than 20,000 people. The 10-year study monitored food intake, frequency and overall health of the participants. Researchers discovered the risk of stroke was 52% lower for participants with a high intake of white fruits and vegetables, compared with people eating fewer foods in that color group.

It’s not entirely clear why the white fruits and vegetables protect against stroke, but researchers suggest the dietary fiber and flavonoids could contribute to the effect.

According to Dr. Heike Wersching of the Institute of Epidemiology and Social Medicine at the University of Munster in Germany, it is also possible the observed reduction in stroke risk could be influenced by the generally healthier lifestyle demonstrated by individuals eating a diet rich in fruits and vegetgables.

Since fruits and vegetables in other color groups are likely to protect against other chronic diseases, it’s clear that a diet rich in produce is simply a good idea… no matter what the color. But it does appear the study provides credence to the old adage, “An apple a day keeps the doctor away.”