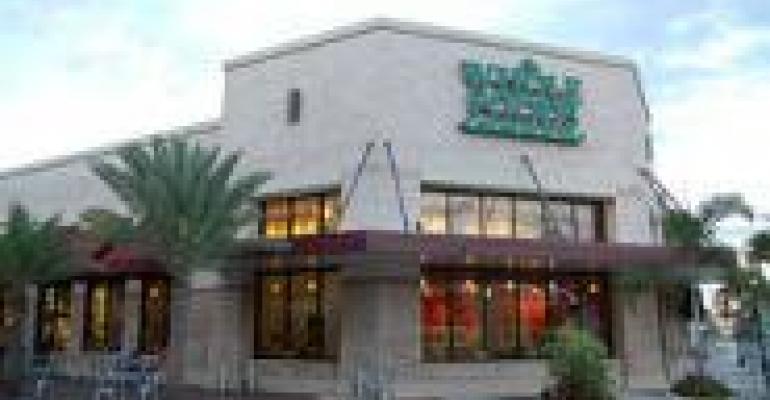 For the past couple years, Whole Foods chairman and now co-CEO John Mackey has talked about returning the company to its roots as a health food store. In one notable interview with The Wall Street Journal during the depths of the recession, a battered Mackey conceded, to the horror of shareholders everywhere, that his company “sells a lot of crap.”

That’s certainly not the best way to say it, but yes, with the growing concern in this country over obesity and diabetes, it makes sense for the country’s leading natural and organic retailer to reconnect with its core mission. And it appears it is moving in that direction, the latest evidence of this being plans to pilot five in-store “wellness clubs” beginning this summer.

The details are sparse right now, but it seems the clubs will focus on nutrition education, offering information on its products and tailoring shopping lists and recipes for those who join up. The operation will be carved from existing store space, said Mackey, and that raises the question of what this gathering place will look like. Could it include a fixed demo station? How about media presentations? Any seating for lectures?

We’ll have to wait and see. One of the five pilot stores is located in New York City, and another in Princeton, N.J. They’ll all be active by the end of this year.

"Our purpose would be to educate people how to eat better to achieve the highest degree of their health potential," Mackey explained in a conference call with analysts this week.

This could be considered Part Two of the chain’s makeover into more of a true wellness destination. Soon after Mackey uttered those famous words, the retailer announced it would launch an education-focused initiative called Health Starts Here. That effort includes online guidance, nutrition advice and related dietary help.

We’ve seen health clinics in retail stores up to this point, but those have mainly focused on flu shots and standard medical services. Nutrition guidance isn’t anything new either, though increasingly that’s happening at the point of sale through labeling programs like Guiding Stars and NuVal. Having a central hub for education indicates Whole Foods really wants to take the trust so many of its shoppers place in it a step further, and take on an advisory role.

Many mainstream retailers are trying, like Whole Foods, to be more than just the place where you buy groceries. They want to be wellness destinations. But Whole Foods’ efforts will be worth watching closely, given its collective expertise in health and commitment to natural products. The company’s financial performance is on the upswing, with identical-store sales up 9.1% in this years first quarter. If its trip back to square one is a successful one, Whole Foods will certainly re-assert itself as the retail leader others want to follow.