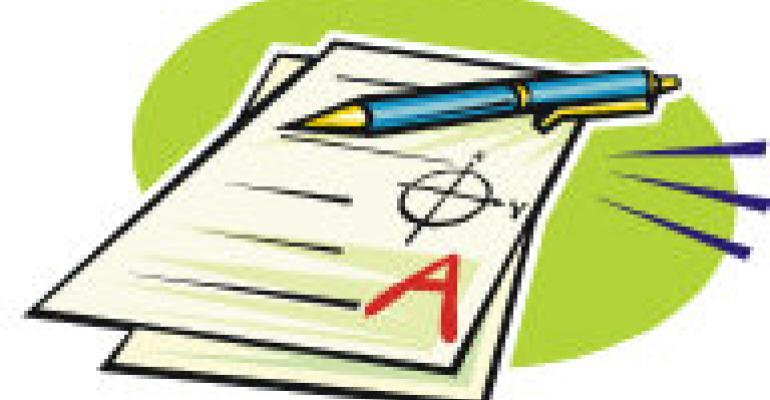 Why Some Supermarket Rankings Are Useless

We’ve seen a lot of lists and quick-reference guides lately that rank retailers on their sustainability efforts. There’s Greenpeace on seafood standards, and the World Society for the Protection of Animals’ recent humane labeling scores, just to name a few.

These ratings help keep the industry on its toes, and supermarkets certainly can’t argue against the growing number of consumers who want to make well-informed purchases. But some of these guides do a disservice to the issue at hand — not to mention retailers and consumers as well — by employing a broad-brush approach.

Consider a pre-release book I received that does just that: “The Better World Shopping Guide”, by University of California-Davis sociology professor Ellis Jones. In its nearly 200 pages, this small-enough-to-fit-in-a-coat-pocket guide grades companies across the retail chain on an A through F scale based on their social and environmental efforts. Everything from feminine care to cookies — and yes, supermarkets too — get put to the test, and all in the name of, as the back of the book states, “turning your grocery list into a powerful tool to change the world.”

That’s trying to accomplish an awful lot in such a limited space, and predictably the book makes some, well, pretty predictable choices. In the supermarket category, Whole Foods takes the top spot with an “A” while Wal-Mart is relegated to the cellar with an “F” grade. I’m not arguing that Wal-Mart has been a stellar environmental steward, or that Whole Foods should be taken down a peg or two. But c’mon, this is a thoughtless approach to a thoughtful issue. Wal-Mart has been on the march lately with sustainability, as have other retailers like Publix and Safeway, both of which, inexplicably, received a “D” rating.

Ultimately, oversimplifications like this do nothing to advance responsible retailing. Sustainability and social responsibility require careful consideration from retailers. The watchdogs out there look for that, and they should follow through by holding themselves to the same standard.