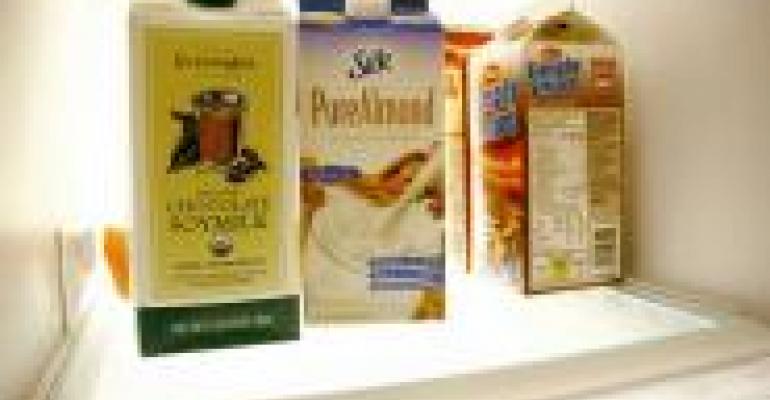 Why Soy Sales are Falling

My father used to have a saying whenever he wanted to show his dislike of your preferences. He'd grimace in a humorous way and say, “Your taste is all in your mouth.”

This came from a man who enjoyed a good slice of limburger, a cheese that caused young noses to wrinkle and sent my brother and I skittering from the kitchen in grade school laughter, making references to certain bodily functions that will forever fascinate that age group.

Oddly, it was taste that emerged as an important factor in a recent report charting the continuing downfall of soy, a legume that for years was the vanguard of a healthy lifestyle.

According to Mintel (using SPINS data), one-half of consumers who were asked stated that they use soy because they like the taste. At the same time, taste was also the primary reason why nearly as many non-users of soy (45%) said they avoid such products.

This is a bit ironic, since soy (like limburger cheese) has very little natural taste, and what little there is, is pretty mild. Is taste alone enough to explain why the soy food and beverage market declined 16% from 2008 to 2010? The Mintel/SPINS report mentions the recession (which occurred during the time period covered) and the decision by shoppers to cut back on wellness purchases.

Economics might be one cause, but there’s a more dynamic source that more likely explains soy’s decrease in sales, and it only takes a glance at the dairy case to see what’s up. Next to the fluid dairy and soy milk is a whole new class of products that are more familiar to consumers than the vaguely-sounding Far East/Asian soybean.

There’s “milk” from almonds, hemp, grains and even coconuts. The American palette is better acquainted with these sources, and so it’s logical to see how anyone interested in drinking non-dairy beverages would be more apt to purchase a carton of coconut milk rather than the old soy default option. It’s like finding a McDonald’s in a land of foreign cuisine.

A look at the numbers says as much: Among those who prefer alternatives to soy, 34% stated they look for other non-dairy milks, and 21% specifically prefer almond milk.

Make no mistake. Soy is still a huge category, and the largest in the supermarket devoted to dairy and protein alternatives. Yet looking ahead, Mintel researchers predict that the market for soy food and beverages will decline another 17% by 2012. A few manufacturers that I recently spoke with for a story about the soy category said that they’re on the lookout for new ways to make soy more familiar to American, and David Browne, a Mintel senior analyst, echoes those comments.

"Product developers may be able to gain new users by blending soy ingredients with nuts and grains to create innovative, better tasting, and possibly more affordable food and beverages," he said.

Data suggest that the health benefits of soy resonate more with those under 35 years of age than their older counterparts. Such a finding would explain the exchange that would have certainly ensued had my meat-and-potatoes, bread-and-butter father ever found me holding a glass of nice, cold soymilk.