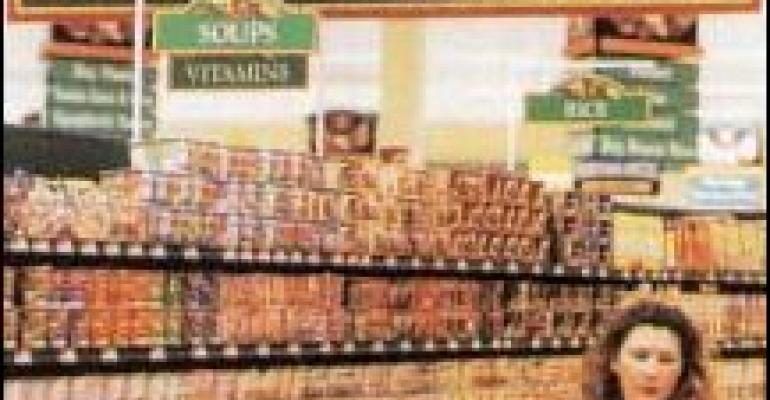 The Wild Ride of Wild Harvest

Supervalu has the luxury of choice. It operates multiple banners in just about every state in the country. The stores are diverse and many have been allowed to retain unique features that local shoppers appreciate. With this structure, the company can cherry-pick profitable elements in any one of its retail subsidiaries, tinker with it a bit, and then make it available to all of its stores.

That's just what executives did when they announced the rollout this week of Wild Harvest, a "new" line of natural and organic foods. The private label actually has an interesting pedigree. It was created by Star Markets, a Boston-area chain that operated 53 conventional and four natural foods stores called — you guessed it — Wild Harvest. British supermarket group J. Sainsbury acquired Star in 1998, took the Wild Harvest brand and created products and in-store boutique sections for its other U.S. holding, Shaw's Supermarkets.

The photo at right depicts one of those in-store sections. The departments consisted of about 4,000 SKUs of national brand and Wild Harvest-brand packaged food including soy milk, rice, soups, sauces, fat-free crackers and spring water as well as dairy, meat and frozen case items. Judging by the hair, I'd guess this photo was taken very soon after the Star acquisition (for her sake, I hope it was).

Then Shaw's/Star got bought by Albertsons, which used the Wild Harvest to rebrand and launch its own line of all-natural Angus ground beef in 2005.

In 2006, Albertsons was gobbled up by Supervalu. Through it all, Wild Harvest avoided the ax and today is sitting pretty as a nationwide store brand. And now that Supervalu has shuttered its stand-alone Sunflower Markets stores, it'll be interesting to watch how the company takes what it learned there, and applies it to this time-tested, established natural and organic private label.