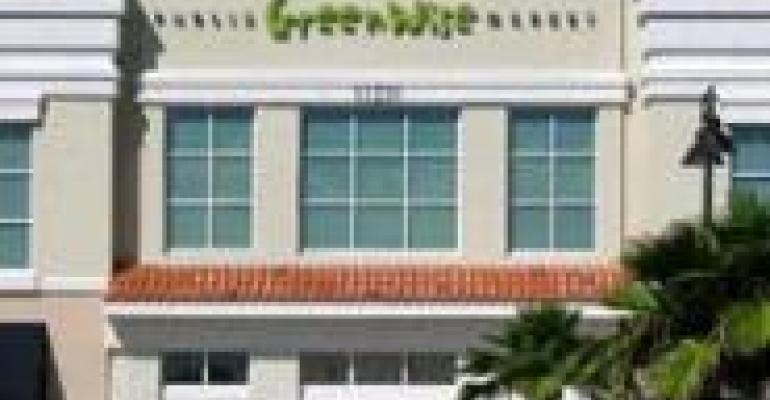 Wising Up at GreenWise

Of the various wellness formats opened by conventional retailers over the past few years, only GreenWise endures. The Publix banner is still above the entrance to three stores, all in Florida. Now we know why.

A real eye-opening article from the Tampa Tribune profiles the city’s GreenWise, where Maseratis and Mercedes in the parking lot are no big deal. The neighborhood’s per capita income is among the highest in Hillsborough county, and the store reflects the local affluence, selling eco-detergents, hand-picked olives for $9.99 a pound and $36 bottles of vitamins.

Yet customers have been asking for Tide. The HBC section still has vitamins, but also standard fare like Tylenol.

And finally, in the store’s fresh meals department, where quinoa salad and specially prepared tuna filets are the norm, there is now a fried chicken display, "Right there up front," the store manager is quoted as saying.

What's going on? This is supposed to be a store for natural, organic and green products. That's why you want to go there, as opposed to a regular Publix, right? Several things about this report are revealing.

First, it seems the recession has hit the wealthy, too. They're clipping and scanning coupons — and aren’t embarrassed to use them. Originally, store planners envisioned GreenWise as a totally separate entity from the rest of the chain, and so decided to forego installing any aspect of the company’s discount programs, including store coupons.

That’s no longer the case. Now the GreenWise stores accept everything, including competitor’s offers. This is a good thing, as we know that coupon redemption hit 3.3 billion last year, the biggest year-over-year increase since 1992. According to Inmar, a transaction settlement provider, this included paper and online versions. In all, some 367 billion coupons were distributed in 2009 — the highest number on record since Inmar began tracking coupon use in 1988.

Second (and for me, more telling), the changes GreenWise made here are a big reminder that the mainstreaming of health and wellness is far from any sort of peak. The vast majority of American food shoppers out there still don’t know what to make of whole health. Many seem oblivious to it; some are in denial or just don't care. Still others simply cannot afford it. For all the progress we’ve made, we have a long way to go.

Retailers, too, appear to be confused. Many stubbornly believe that you need to be wealthy and educated in order to subscribe to the tenets of the healthful lifestyle. There’s also this continuing compulsion to link natural/organic with gourmet and specialty foods (which, in GreenWise’s case, explains the olives). That reminds me of another problem: The pricing model in these types of stores can really open up a chasm.

There’s nothing wrong with conventional retailers opening formats that highlight healthful products, or even healthful and specialty items. For operators, success comes when you just give the customers what they want. In this case, it was fried chicken.

No matter that it's supposed to be a "better-for-you" store. Folks might like the cooler name, but don't try to force them to shop a certain way. To them, these formats are just another place to buy groceries.