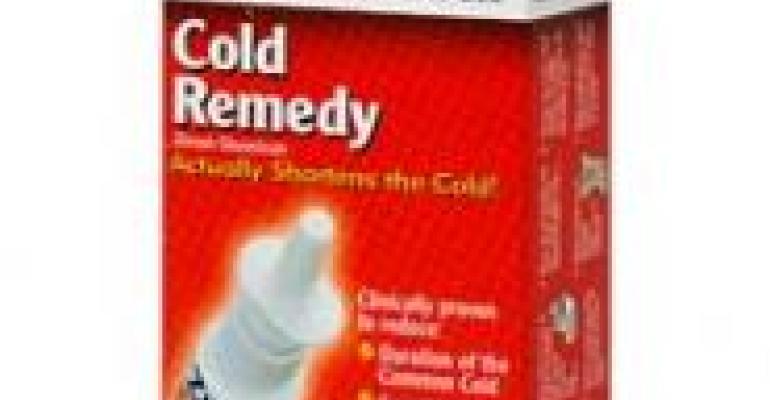 Zicam and the New FDA

I smell trouble — for any manufacturer of homeopathic remedies or supplements who's facing self-reported consumer complaints, adverse reaction claims to products and anything else that our newly reinvigorated FDA can use to issue warning letters, advisories or require label changes.

The latest example claimed a biggie in the natural-remedy arena. Zicam, the zinc-based cold and allergy products used by millions, is voluntarily pulling its swabs and sprays after the FDA’s warning that using them could cause a permanent loss of smell.

Matrixx Initiatives, the maker of Zicam, says it has been aware of the claims for years, and that repeated studies have shown no connection between use and loss of smell. Nevertheless, the FDA is not an agency you can simply market around: When they opt to issue a warning — one of the few truly powerful tools in their tool box — it’s time to throw in the towel. Indeed, Matrixx’s stock dropped 70% in the hours after the announcement, a plunge that caused investors to suffer a loss of balance.

The action follows the May 1 warning issued to the makers of the Hydroxycut line of weight-loss products. There, too, the maker announced it would stop shipping select items that were suspected in at least one death and cases of liver failure in others. In Zicam’s case, the agency received more than 130 reports of consumers losing their sense of smell, at least partially, after using Zicam gel or swabs.

This is just the beginning. There are two forces at work here: Adverse event reporting has been law since the Dietary Supplement and Nonprescription Drug Consumer Protection Act took effect in 2007, and enough time has passed for the FDA to build a reliable database of complaints on which to act.

And we have agency leadership that is intent on consumer protection. Indeed, in discussng the warning letter yesterday, Commissioner Margaret Hamburg said public health and safety will be the agency’s top concern.

That means it becomes the industry’s, too.