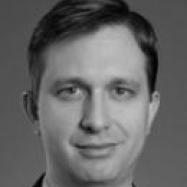 Joel Rampoldt is a Partner in the Retail and Consumer Goods Practice and in Oliver Wyman Labs. He has been with Oliver Wyman since 2002 and is based in New York.

In his retail role, Joel specializes in value creation for retailers, ranging from broad-scale turnarounds to engagements on specific topics such as corporate strategy, multi-channel strategy, assortment, pricing, promotions, format development and supplier negotiations. He has led major transformations of retail companies in North America, the United Kingdom and continental Europe.

The hard discount threat
Nov 24, 2014
We found the recent news that Aldi has purchased the Bottom Dollar stores in Pennsylvania from Delhaize striking, for several reasons: This may be the end of supermarket chains’ attempts to replicate hard discount...