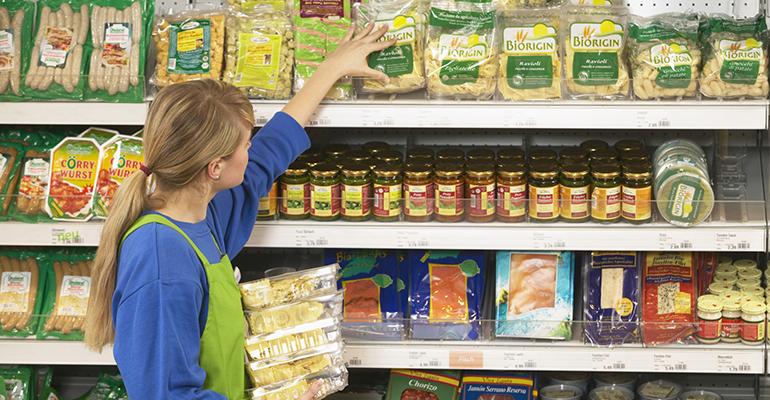 CPG growth slowed in 2016 amid deflation

Companies that grew focused on areas such as plant-based proteins, functional beverages and natural products in household and personal care.

CPG growth slowed to 1.4% in 2016, the lowest point in the past five years, but there are still lessons to be learned in innovation. Those were the high points in the fifth annual report on U.S. CPG leaders by IRI and the Boston Consulting Group. The results, which reflected the first time the study looked at both public and private companies, were presented Saturday at FMI’s Midwinter Conference.

The slowdown in CPG growth — last year it was at 3% — was largely driven by price deflation and aggressive growth in alternative formats like ecommerce. Even with the slowdown, there are some bright spots, particularly with the smaller players (those with $100 million to $1 billion in sales), who grew at five times that of the largest players (those with more than $5.5 billion in sales).

While this isn’t a new trend, it is continuing, particularly as barriers to entry in manufacturing are lessoned, retails channels become more fragmented and consumers are gravitating to smaller, local brands. Some of the areas in which companies who made the growth list play are acquisitions made by mid- and large-sized companies; plant-based proteins; functional beverages; indulgence brands; whole, natural ingredients in household and personal care; and convenience in snacking and mini meals.

The growth in the personal and home care segment is driven by natural products, echoing what's happening with food and beverage trends.

Two of the year’s growth leaders were also on hand at FMI Midwinter and shared some secrets to their companies’ success.

Tim Lebel, president of sales for Mars Chocolate North America, said 70% of Mars’ growth in 2016 came from execution of strategy. For example, M&Ms celebrated its 75th anniversary last year, and the company marked the celebration with a contest to name the next M&M flavor — coffee was selected. The company also is introducing a new soft-centered M&M caramel product in May, which Lebel said would be a “game changer in the confectionary industry.” Mars has been working on the product for the past 20 years.

Lebel said the biggest challenge and opportunity for CPG companies in 2017 is capitalizing on consumers’ demand for health and wellness. “Consumers are demanding more choice,” Lebel said. “We know we’re a treat. We’re proud to be a treat. We want to offer consumers the transparency to make the right choice.” That transparency comes in several forms, including being the first to put nutritional labeling on the front of packages, removing artificial colors and developing products that are under 200 calories.

The other growth leader present was Starbucks, represented by Glenn Hartman, SVP, channel development for Starbucks Coffee Co. Hartman spoke of Starbucks’ efforts to ensure consumers had the same emotional experience with the brand in its cafes as it does when they purchase products in the aisles of supermarkets. Starbucks has accomplished this in part by capitalizing on seasonal merchandising offered in the cafes in retail outlets and introducing three new latte products and expanded limited-time offerings.

Hartman said his biggest concern was deflation and said the biggest opportunity was ecommerce.