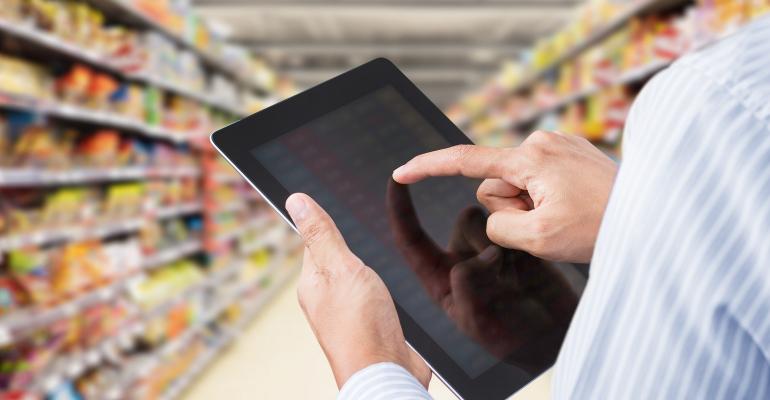 Image recognition and gamification technologies struck panelists representing Mondelēz, Kellogg Co. and Michael Foods as having the greatest ROI potential of emerging technologies. They shared their opinions at StayinFront's Consumer Advisory Forum for Edge (CAFÉ) in New York during a panel discussion about "How Data and Technology Provide New Ways to Measure and Transform Retail Execution."

“Image recognition has the ability to change the way we do business pretty dramatically,” said Ed Lynch, VP retail sales for Michael Foods, Minnetonka, Minn. “The idea of a robot going up and down the middle of a Walmart aisle and taking images everyday, potentially several times a day, and then selling that to all of us and we’d have the ability to look at any store. … We are now paying people to walk into the store and provide us with these observations. The savings there could be pretty dramatic.”

Lynch added that such an ability is likely more than five years away due to reluctance on the part of retailers to adopt such technology.

Michael Sweeney, senior director sales, Kellogg Co. agreed that image recognition technologies may drive future ROI, but said that gamification has the power to strengthen its workforce by attracting and motivating members of Gen Y and Z to compete with themselves as others.

“I think about the kind of labor pool we’ll have in the future and as I look at my kids, gamification is what gets them up and motivates them in the morning, more so than their dad,” Sweeney said. “So I think we have to think about how do we get a new generation coming into the workforce that wants to work and has those tools.”

Thomas Beetchen, IS director global retail execution CoE, Mondelēz, said that the application of emerging technologies would vary by market.

“In markets like France where compliance is such a huge discussion for retailers, I’d say image recognition,” he said. “And gamification in places like India where we’ve got six thousand sales force members but [due to turnover] that changes every year, so it’s a way to keep them in the organization.”