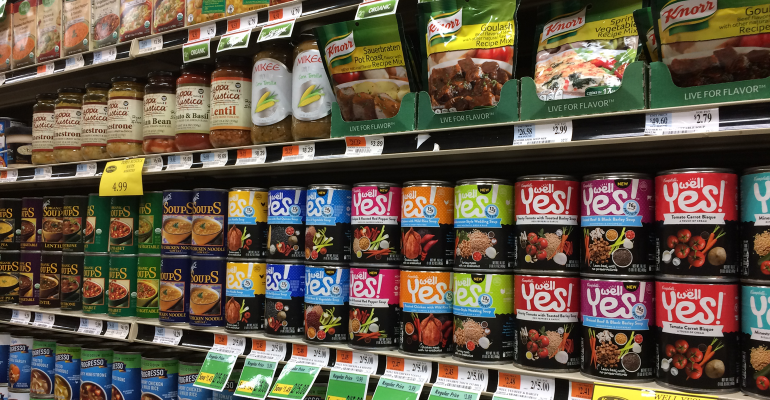 Michael Browne
While shopper demand for organic soups continues to grow, the higher cost of the products remains a challenge.
Product Categories>Center Store

With deli soups on the rise, packaged soup fights back

Soup may be America’s favorite comfort food, but has it grown too comfortable in center store?

Historically the soup aisle has been one of the areas of the center store that hasn’t changed much. An aisle with row upon row of canned soups is a supermarket fixture, but manufacturers and retailers have upped their game with new packaging, formats and flavors that are bringing excitement to the category that hasn’t been seen since Andy Warhol famously put Campbell’s on canvas.

Shelf-stable canned varieties of soup remain virtually flat (but still strong), increasing sales by 1% to $1.7 billion over the past year, according to Nielsen’s Total Consumer Report, and soups in the frozen aisle and chilled soups found on the perimeter of the store are quickly rising in the ranks.

That rise in refrigerated, microwaveable soups may be packaged soup’s response to its biggest threat — fresh, ready-to-eat soups coming from the deli department. According to Nielsen, more than $1 in $4 spent on soup occurs within the deli section, with annual deli-prepared soup sales exceeding $500 million. That figure grew by 16% year over year. 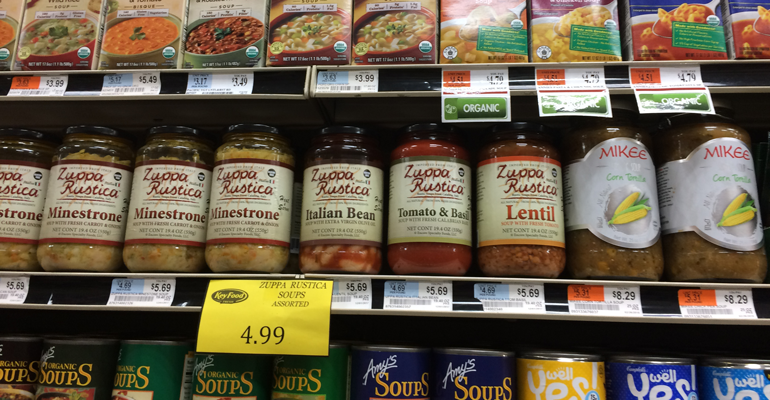 Glass packaging is having a renaissance in the soup category because of the product confidence and transparency it evokes in consumers.

For example, at Redner’s Markets, the Reading, Pa.-based chain of 64 stores, the battle of prepared vs. packaged soup is ongoing. “We have seen more growth in the prepared soups recently,” acknowledged Eric White, director of marketing. “Sales have been climbing faster than the grocery items due to the grab-and-go availability. We have expanded the lines we carry and have been experimenting with our prepared lines of soups to capitalize on this new trend. Customers are looking for us to fill the ‘grocerant’ niche, and our prepared foods and soups are fitting their daily needs.”

But, he added, “It is obviously affecting the center store items in that the prepared items are filling an immediate need without any time or labor needed for preparation.”

Nielsen also notes that frozen soups are seeing outsized growth, and though the category represents just $34 million in sales, performance has accelerated.

“There are quite a few alternatives available to soup consumers,” said Jordan Rost, VP of Consumer Insights, Nielsen. “Consumers are looking beyond center store grocery aisles for their soup needs.”

As soups have expanded beyond the canned goods aisle to the refrigerated and frozen sections, packaging has necessarily evolved. Refrigerated soups often have advantages that are less about the soup itself and more about the positioning in store or more importantly the packaging options, particularly those types that are literally transparent — giving consumers a sneak peek at the contents. As Mintel notes in a recent report, “Shelf-stable soups are taking a page from refrigerated options as well as other food or drink categories and exploring packaging shifts. Brands like Kitchen22 and American Pantry offer products packaged in glass, a material having a renaissance in the category and elsewhere because of the product confidence it evokes in consumers.” 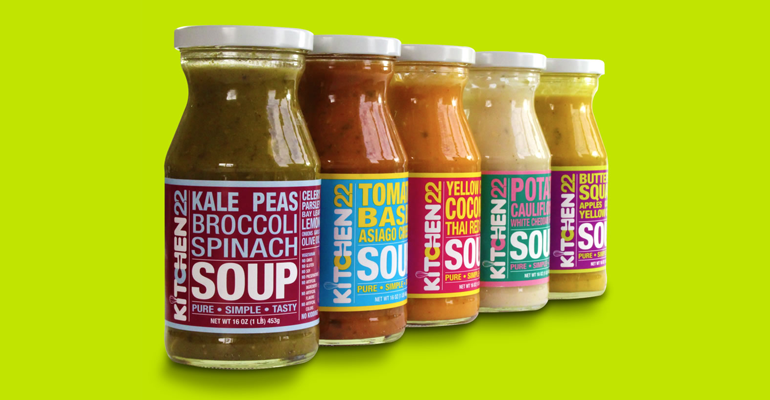 Packaged soup has always been a convenience item — it takes little time and effort to prepare, and that remains its key selling point. Moreover, people are becoming more health-conscious these days and are inclined to consume foods that are perceived as healthy, such as soups and broths. Of course, the dichotomy here is that canned soups typically contain a lot of sodium and preservatives that are not too healthy, so consumers are looking for other options —mainly refrigerated and frozen.

But, as Redner’s White points out, “The challenge with us is that the frozen products have always been limited in the varieties that were offered and our sales have never really been as robust comparted to canned.”

All this movement toward “fresher” soup formats doesn’t necessarily signal the end of the traditional soup aisle, which, as noted, still pulled in sales of $1.7 billion last year. New flavors and varieties are keeping the aisle fresh, with international and diverse, vegetarian, organic and other styles attracting Millennial and other customers who might not typically shop the center store soup aisle.

According to Mintel, some 55% of consumers are interested in seeing international flavors in soup at grocery stores and curiosity in trying global cuisine has impacted the soup category. Asian soups like ramen, pho and miso continue to pick up steam in the marketplace, with launches of these Asian-influenced soups growing by 120% from 2014-2017. At the same time, soup brands are introducing products with flavors and ingredients inspired by emerging international cuisines families including Latin, Indian, African and Middle Eastern. 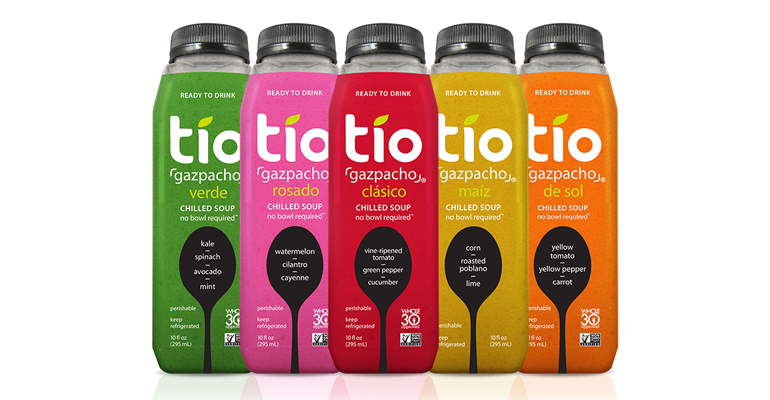 Further, Mintel notes an increase from 2014 to 2017 in vegetarian and organic soup launches that are likely to appeal to vegetarians, vegans and flexitarians alike, opening up soups to consumption from a greater variety of consumers.

Bone broth is also bolstering the soup category. “Bone broth sales are modestly increasing as a new flavor trend and for recipes in which it is an ingredient,” said Redner’s White. “It is still too soon to tell how far the pendulum will swing with its sales, but overall, consumers are shifting to a preparation of their soups from base ingredients, hence the fast growth of broths, especially organic broths.”

“Currently, the most noticeable trend for us is that grocery and frozen soup sales are declining while the sale of broths is increasing,” he added.