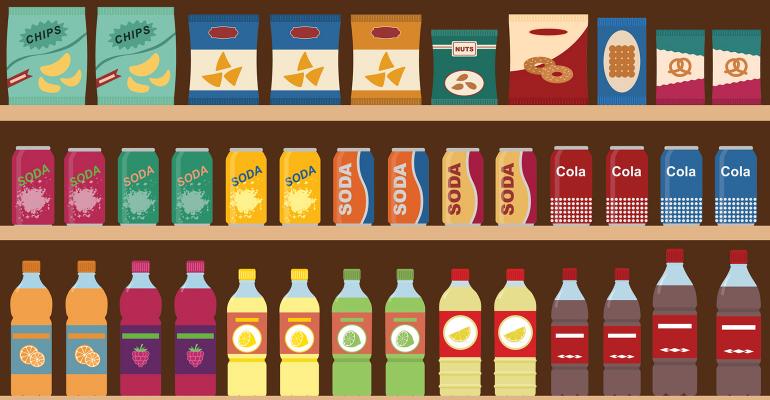 A spate of recent acquisitions and divestitures in the CPG space illustrates that such activity is still very much alive among suppliers, although the types of deals being done may be evolving.

Manufacturers for the past several years have been adjusting their product portfolios to add product lines in fast-growing categories, such as natural and organic, to compensate for slower moving legacy brands, particularly in center store. Those investments have yielded mixed results and in many cases burdened the manufacturers with debt, analysts said, even as they often yield learnings about the market and expand their better-for-you assortments.

In the past two to three years, many of these companies have increasingly looked at new ways of investing in emerging product lines and brands, such as through venture capital funds and incubators. These funds are often focused on niche product lines from startups that may not yet have mass distribution in traditional food retail channels.

“After over a decade of CPG companies acquiring and assimilating brands, they have realized that a lot of times, that doesn’t work,” said Diana Sheehan, director of retail insights at Kantar Consulting. “It’s actually the uniqueness of how those innovative small brands operate that makes them so adaptive and so flexible.”

General Mills’ 301 Inc venture capital division, for example, has invested in several food brands that represent a diversification from its core portfolio of cereals and baking products. The 301 Inc division recently led a $17 million series B round of funding for Urban Remedy, a California-based maker of organic, plant-based ready-to-eat meals and beverages that operates its own retail stores, as well as kiosks inside other locations and an e-commerce delivery business.

Sheehan said she expects more investments from CPG’s venture capital firms and startup incubators in the year ahead.

“It’s a safe and smart way to invest, without going all in,” she said. “This allows them to follow the firm, then decide how much they want to spend over time.”

The concept of acquiring a small brand and trying to roll it out nationally “just doesn’t work any more,” said Sheehan. “It’s not the nature of retail.”

Campbell’s Soup, whose core center store business has been under pressure, has been one of the leaders in this area since its 2012 acquisition of Bolthouse Farms, followed by the 2015 purchase of Garden Fresh Gourmet.

Both those investments have proven challenging, however, as the company has struggled with weather-related issues that affected Bolthouse Farms’ carrot business and distribution challenges at Garden Fresh.

"The one-size-fits-all model that works in packaged food is harder to apply to newer, artisanal products, especially in the fresh aisles of the store," Ken Goldman, an analyst at JPMorgan, said in a research note last year.

Campbell, in addition to having its own venture capital fund to invest in food startups, called Acre Venture Partners, continues to diversify its center store portfolio with acquisitions as well. It recently sealed the biggest deal in its history, an agreement to acquire snack maker Snyder’s-Lance for $4.87 billion.

"This acquisition will dramatically transform Campbell, shifting our center of gravity and further diversifying our portfolio into the faster-growing snacking category," Denise Morrison, CEO of Campbell, said in a statement.

That agreement was announced the same week that Hershey Co. announced a deal to acquire Amplify Snack Brands, parent of the SkinnyPop brand, for $1.6 billion. The two acquisitions were among a cluster of deals in the fast-growing better-for-you snack category, including an agreement by Kellogg to acquire RXBar, and another for Conagra Brands to acquire Angie’s Artisan Treats, which makes Boomchickapop popcorn products.

While these and other manufacturers continue to make bets on what they hope will continue to be growth categories, many are also divesting some longtime core businesses.

“It’s a smart move for both of them,” said Sheehan. “Ferrero’s whole focus is on sweets, and Nestlé needs to find some new avenues for growth.”

Sheehan said she also sees opportunities for CPG companies to expand beyond their core businesses by seeking to be a part of retailers’ foodservice offerings, another fast-growing category for retailers.

While the focus on channel blurring has historically centered around competition among brick-and-mortar channels of retailing, it has become more and more about food at home vs. food away from home, she said.

“It’s not going to change completely overnight, but they need to start having conversations about foodservice,” she said.

A few of the recent deals announced by CPG manufacturers: