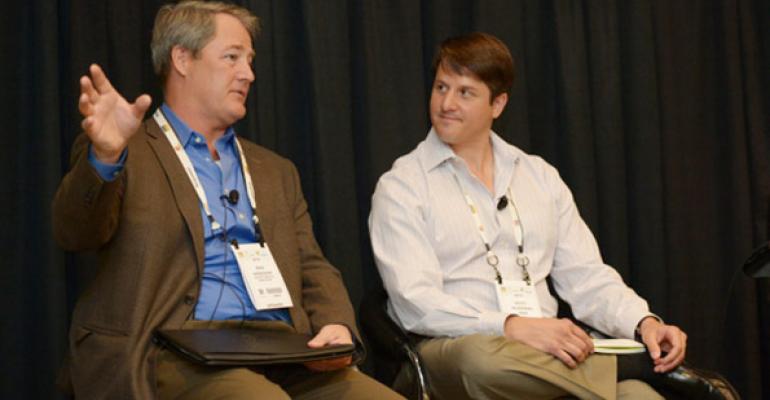 While new products are the lifeblood of the natural products industry, their journey from inspiration to distribution can be a long and difficult one. Those with any hope of succeeding on supermarket shelves need patience and capital in ready supply, and should arm themselves with knowledge of their category and their channel, according to a panel discussion at SN’s education track at Natural Products Expo East in Baltimore last week.

Products also need to know themselves, argued Scott Silverman, VP of Growth Solutions at KeHE Distributors. He urged entrepreneurial manufacturers to come to market with a good brand story, an assembly of ingredients that speak to the product’s market niche, and a delivery system — unique or functional packaging — that ties it together. “The basics are critical,” he said.

Silverman said manufacturers need to maintain their focus as the market for new products is “intensely competitive.” KeHE, for example, currently has 1,900 active products in its salty snack range. A planogram of such items would be 314 feet long. “I’m saying that to underscore how competitive it is,” he said.

Mike Anderson, president of natural and specialty sales at broker Acosta Sales and Marketing, said supermarkets have traditionally been difficult places to break in new items, noting that category managers in the channel are typically reluctant to swap out an item with a proven sales record for one that might not sell. However, he said, some retailers have more recently been willing to change.

According to Silverman, reluctance is receding as retailers see opportunities to “leapfrog” one another as a means of differentiating themselves. Introducing new products tends to be more difficult when the category itself is new or when the product itself requires explanation. The sudden popularity of coconut water, for example, took most supermarket retailers by surprise, in part because the product didn’t easily click into an existing category.

These types of items — Anderson noted that raw food is a current example — tend to have more successful launches in the natural or specialty channels. Emerging brands often make the mistake of being too easily satisfied by reaching growth plateaus and need to continually invest in their growth to succeed in large channels, the panelists said.

Similarly, success in a local market is no guarantee for geographic expansion. Anderson said local brands “need to be knocking it out of the park” locally to have a chance for success further afield. Emerging products should also increasingly look toward virtual channels of trade, noting that competition is growing at a time when store sizes and SKU counts are shrinking. Younger consumers, he added, have no problem adapting to that channel of trade.