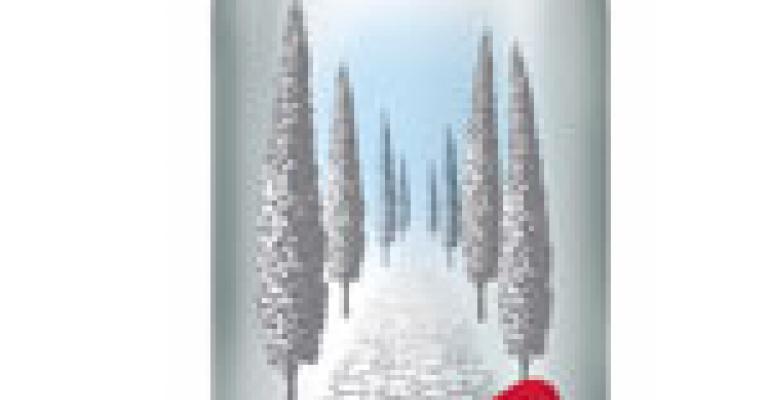 A wholesale club store may not be the first place that comes to mind when buying an ultra-premium French vodka. But that's what many spirit drinkers are doing since January, when Sam's Club launched Rue 33, a vodka imported from the Cognac region of France. The brand is exceeding the Wal-Mart division's sales expectations, spokeswoman Susan Koehler told SN. The vodka is sold exclusively at Sam's Club

A wholesale club store may not be the first place that comes to mind when buying an ultra-premium French vodka. But that's what many spirit drinkers are doing since January, when Sam's Club launched Rue 33, a vodka imported from the Cognac region of France.

It's made with select premium wheat and spring water to yield small proprietary batches for Sam's Club.

Sam's Club sells Rue 33 in 1.75-liter bottles for $28. Membership is not required to purchase alcohol on location.

The brand has quickly gained a reputation for being a high-quality alcohol beverage at a reasonable price. Along with scoring 91 points from the Beverage Tasting Institute, it recently received a gold medal at the San Francisco World Spirit Competition, where it was judged among 1,024 spirits from 58 countries.

Sam's chose to develop an ultra-premium spirit in part due to member and consumer demand for one-stop-shopping solutions.

Sam's has given Rue 33 strong visibility by merchandising it on its “cart rail” (a merchandising area near the store's entrance), as well as endcaps and pallet displays.

The launch of Rue 33 comes as other food retailers are also marketing private-label spirits. Costco Wholesale Corp., for instance, markets a private-label vodka under its Kirkland brand. It plans to introduce Kirkland Signature Anejo Tequila this fall.

“The hand-selected and hand-picked 100% blue agave tequila is aged for an average 36 months in bourbon barrels,” according to Costco. “This double-distilled gem is ultra-smooth, with a smoky wood character and sweet spice and pepper flavors.”

Kroger developed the brand last year to provide its customers with an exclusive, high-quality, French vodka at a substantial value vs. the national-brand leader in the category, according to Stephanie Grubbs, vice president of marketing for Winery Exchange, Novato, Calif., the private-label development company that helped launch Veris.

The Veris package was designed to compete well in the upscale, ultra-premium vodka category, clearly communicate the exclusive French sourcing and visually reinforce the “clean, crisp, smooth” finish of the vodka, said Grubbs.

In-store signage touts the fact that Veris is available exclusively at Kroger, though nowhere on the packaging does it state that it's a private brand.

That's because Kroger wants the brand to stand on its own. Its main appeal is that it's a quality product at a competitive price point, said Grubbs.

Winery Exchange was also behind the 2004 launch of Origine at the then-Albertsons chain (now part of Supervalu). Origine is a line of ultra-premium, small-batch spirits, including French vodka, single-malt scotch and London dry gin. The line has since rolled out to Supervalu's Jewel-Osco banner.

“Origine is an umbrella brand for high-end spirits,” said Grubbs.

Origine spirits are priced 15% to 20% less than category leaders in their respective categories.

But private labels like Veris and Origine are changing that mindset, said Grubbs.

“The quality is equal to or surpasses national-brand benchmarks,” she said.

Other food retailers are also exploring private-label lines, with much of the focus on fast-growing segments like rum, domestic vodka and tequila.

Due to the weak economy, the time is right for private-label spirits, said Tom Pirko, president of Santa Ynez, Calif.-based Bevmark, a beverage consulting firm.

Even the most brand-loyal shoppers will buy a private label; many just don't let people know. Rather, they'll pour the store brand into an empty Johnnie Walker bottle so that guests won't know, said Pirko.

“Many spirits consumers are image conscious,” he said.

But more and more shoppers are proudly displaying private labels, as long as the quality is there.

“Smart shoppers are buying private-label wine because they get good quality and good price,” he said.

“If it's good quality and saves them money, it will generate sales,” he added.

Offering private-label spirits is a way to differentiate stores from the competition, attract new shoppers into stores and increase basket rings, said Pirko.

“Spirits shoppers tend to buy other expensive products in the supermarket,” Pirko noted.