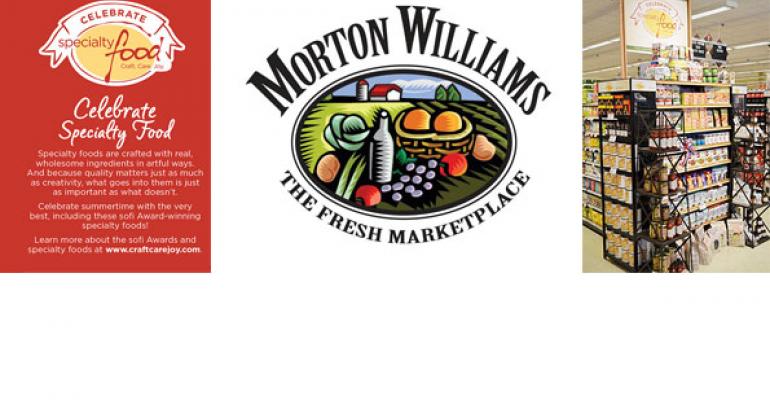 &ldquo;This year we&rsquo;re putting our foot on the accelerator regarding specialty foods. That&rsquo;s what our customers want.&rdquo; &mdash;JEFFREY BINDER, Kings/Balducci&rsquo;s

A new specialty food promotion at retail aims to raise the profile of this fast-growing food segment, and it also may prove the time is right for a more coordinated industry branding approach.

Kings Food Markets, Morton Williams Supermarkets and FreshDirect – all companies that operate in the New York-New Jersey area – are the centerpieces of a test campaign driven by Specialty Food Association (SFA) this month. These retailers are pursuing merchandising and marketing programs using a new branding concept from SFA called, “Celebrate Specialty Food” with the tagline “Craft. Care. Joy.”

The promotion will coincide with the association’s Summer Fancy Food Show, which takes place in New York June 28 to 30. It comes at something of a watershed moment for specialty foods, which recently passed $100 billion in annual sales, according to SFA, based on data from Mintel. Despite the growth, many of the individual food manufacturers are small and need more exposure to build consumer loyalty.

“This year we’re putting our foot on the accelerator regarding specialty foods,” said Jeffrey Binder, VP of merchandising for center store at Kings/Balducci’s. “That’s what our customers want.”

At Morton Williams, “What’s most important is being able to do a promotion that separates us from everyone else at a time of retail channel blurring,” said Steve Schwartz, director of sales and marketing.

The Kings campaign, which runs three weeks beginning June 12, involves all 25 of its stores and showcases some 100 vendor partners. Products will be promoted in stores, in circulars and with signage and demos. Online promotions will include social media.

“This will hit customers in the face, they’ll notice something different is happening at Kings,” he said.

Many of the brands have “great stories behind them and donate to causes,” he said. The chain prepared by setting up a prototype store in New Jersey a couple of weeks in advance of the campaign.

Despite the perception that Millennial consumers are the primary drivers behind the specialty foods surge, the base is much wider, including Traditionalists, the generation that preceded the Baby Boomers, Binder said.

“It’s more of a mindset and a healthy eating lifestyle,” he observed.

The promotion at Morton Williams covers 10 of its 12 stores. It aims to raise “consumer awareness of food brands that don’t have that awareness now,” said Schwartz, who was joined in the interview by VP Steve Sloan.

This initiative focuses on 18 products, most of which are from highly regarded smaller suppliers that need more exposure with consumers. All were nominees or winners of SFA’s Sofi Awards, which honor the best products in specialty foods. 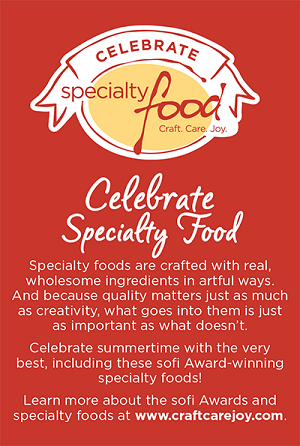 Morton Williams’ promotional elements include branding at the point of sale, in storefront windows, on shelves, in circulars and on the web. The circular includes a flap-over that showcases the companies involved and their stories. For example, for Traina Foods, it reads, “Traina has been growing and sun-drying produce the traditional Italian way since 1926.”

Specialty foods, including natural and organic and non-GMO, are charting a fast growth course at Morton Williams, up more than 20% in sales, said Schwartz.

This segment is a cornerstone of the chain’s efforts to differentiate its business from food retail competitors of all types.

“A drugstore can’t do this,” Schwartz said. “This gives the consumer a reason to walk into Morton Williams.”

This follows a recent promotion that Morton Williams created on Foods of Quebec, an effort that helped the retailer learn what works and doesn’t work in these types of campaigns.

FreshDirect, as the only pure-play online retailer in this campaign, is taking a multifaceted digital approach to the marketing, said Jodi Kahn, chief consumer officer.

This includes “a curated shopping experience encouraging the addition of specialty foods to the basket; blog and social promotion to promote consumer engagement; fun email and banner ads, and presence on FreshDirect’s digital billboard,” she said.

As an example, the blog may showcase stories about producers to inform customers.

The company will highlight products across categories from cheese and crackers to condiments and sweet treats. The program will run June 11-25.

Specialty foods are very popular with the company’s customers, many of whom are interested in the back stories on these products, Kahn added.

Specialty 'isn't out of reach'

Ann Daw, president of SFA, explained the association helped drive this promotion as part of its mission to “let consumers know these products exist with real people behind them. Specialty isn’t premium or out of reach.”

The timing was ideal, she added, because of increased consumer interest in these products.

Manufacturers and products involved with the association and its activities are carefully vetted for attributes ranging from clean ingredients to taste, a fact that gives this campaign credibility, she said. “We’re saying ‘Look for this brand.’ It says something about the products in this category,” she said.

Daw said there are well-known precedents in the business world for this type of branding approach, including from organizations focused on campaigns for cotton and milk.

After the pilot, SFA will analyze results, including whether  “we moved the needle with sales and consumer awareness,” Daw said. Other tests will likely follow before the program is rolled out more widely.

SFA will further celebrate specialty foods through a first-time ad campaign aimed at the general public. During the week of Fancy Food Show ads will appear around New York, including in subways and bus stations, and some will even wrap around shuttle buses.

At the show, attendees will be able to view a store-within-a-store display that showcases how the three retailers in the campaign are merchandising and promoting products.