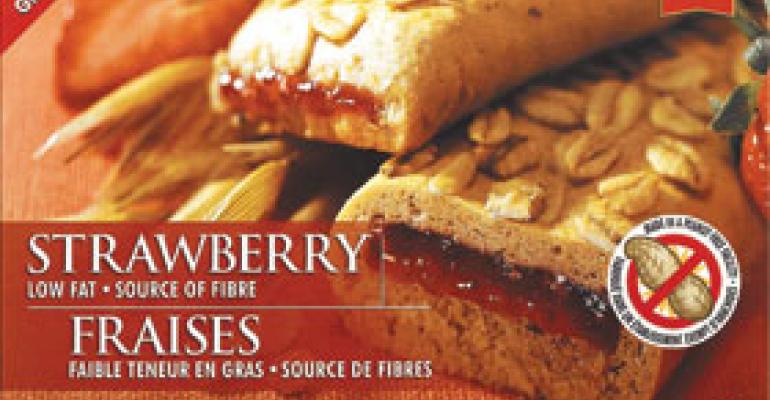 In one of the largest school districts on Long Island, New York, students in the second to fifth grades can't bring in cupcakes, cookies or any other type of food for birthday celebrations. Kindergartners and first graders are allowed to bring in these treats, but encouraged instead to bring in small, portion-controlled sweets and only bottled water for drinks. And forget about sneaking candy into

In one of the largest school districts on Long Island, New York, students in the second to fifth grades can't bring in cupcakes, cookies or any other type of food for birthday celebrations.

Kindergartners and first graders are allowed to bring in these treats, but encouraged instead to bring in small, portion-controlled sweets and only bottled water for drinks. And forget about sneaking candy into goody bags, because they can't contain any type of food.

The district also sends home a suggested list of healthy foods to send in for snack time.

Efforts like these have significantly changed the way schoolchildren eat, and trickled down into what's inside the school lunchbox.

Indeed, the days of most parents sending their kids to school everyday with cupcakes, cookies and salty snacks are long gone.

Rather, many lunchboxes are filled with puffed rice, veggies in portable packaging, organic food bars and freeze-dried fruit.

Along with fruit and vegetables, Ruhs points out better-for-you options in the Center Store. One of her favorites is Pirate's Booty baked, flavored puffed rice and corn.

What's more, it's gluten- and trans fat-free — and manufactured in a nut-free facility.

“Pirate's Booty is sold in [single-serve] multipacks that are easy to put in a kid's backpack,” she said.

The brand appeals to both parents and children because it's better-for-you — and tastes good, said Eric Berniker, vice president of marketing at Pirate's Booty manufacturer Pirate Brands, Sea Cliff, N.Y.

“Parents want to send their kids to school with something they feel good about, but also something they'll eat and not trade to friends,” he said.

Each serving contains half the fat of traditional potato chips. That's because it's baked, not fried, yet still has the flavor and texture that kids enjoy, said Berniker.

Another one of Ruhs' suggestions is Clif Bar's “Zbar,” an organic whole-grain energy bar geared to kids. It contains just 130 calories and is available in such flavors as Chocolate Brownie and Spooky S'Mores.

“Instead of giving a kid a sugary brownie as a treat for lunch, you can give them a whole-grain bar that tastes like a brownie, and they won't know the difference,” Ruhs said.

One new item that Ruhs recommends is Funky Monkey, organic freeze-dried fruit snacks that do not contain added sugars, colors, flavors or preservatives. Each ounce contains three servings of fruit. Available at Kroger, Albertsons and other retailers, Funky Monkey comes in such kid-friendly flavors as Purple Funk, Pink Pineapple and Mango-OJ. Funky Monkey has been certified by the Non-GMO Project as GMO-free.

Even packaged fruit is getting healthier, with Dole and other companies are offering reduced-sugar options.

Ruhs said one of the most progressive companies in terms of health and wellness is Del Monte, which has a nutritionist on staff to handle any questions she has.

Meanwhile, in the produce department, single-serve packaged baby carrots and apple slices are another option.

“Parents are definitely trying to give their kids more produce,” Ruhs said.

Bashas' launched in-store radio ads this month that address ways to help children eat healthier. For instance, one ad suggests using romaine lettuce as a sandwich wrap, while another recommends eating whole-grain cereal with only 5 grams of sugar or less.

“We let parents know that whole grains should be among the first three ingredients on a label,” she said.

Bashas' plans to highlight some of its healthy options for kids when it exhibits at AZ Kids Expo. Running Sept. 18-19 at the University of Phoenix Stadium, the expo will showcase products and services for kids and their families.

The Bashas' booth will include representatives from several of its vendors, including Pirate's Booty, which will provide samples and pirate-themed giveaways; Sunsweet; Clif Bar; Nestlé Waters' Aquapods and Earthbound Farms.

Bashas' is also inviting Hickman's Family Farms, its egg supplier, to the expo. Hickman's will bring its mascot, “Funky” the chicken, to tell attendees that its eggs were not part of the recent egg recall and are safe to eat.

“We want to reeducate people that all our eggs are produced in the state of Arizona, and were not involved in the recall,” she said.

The winning recipe was Wegmans-brand fruit flats, Earth's Best Smiley Snacks and string cheese arranged on a plate to look like a palm tree. The winner received a reusable grocery bag filled with nutritionist-approved snacks “to help start the school year off right.”

Wegmans' also hosted a back-to-school event Aug. 28 that featured tips on how to make healthy foods and snacks for schoolchildren.

These items are classified as healthier because they have reduced calories, fat, sugar and/or sodium.

Many of these options are backpack friendly, as nearly half (49%) of participant companies have introduced single-serve packaging like 100-calorie packs, according to the survey of 57 companies. Likewise, 52% have created packaging sizes for kids.

“Food and beverage companies are responding to consumer needs by providing thousands of healthier product choices that make it easier for shoppers to build a healthy diet for them and their families,” Pamela Bailey, GMA president and chief executive officer, said in a statement.

Among other moves, Kraft Foods recently announced that it will more than double the amount of whole grain currently used across the Nabisco portfolio over the next three years. Whole grains in Original Wheat Thins will increase from 11 to 22 grams per serving; Wheat Thins, 5 to 17 grams; and Honey Maid Original Graham Crackers, 5 to 20. It's also adding whole grain to Premium and Ritz crackers.

Campbell Soup Co., meanwhile, has reduced sodium levels in many of its soups by 25% to 45%.

Plenty of other food and beverage companies have taken similar steps.

Along with containing better-for-you foods and beverages, many of today's lunchboxes bear another classification: peanut-free. Due to a rise in peanut allergies, many schools request that parents leave peanut-containing items at home.

To help parents identify such products, Loblaw Cos., Toronto, uses a “peanut-free” logo on packaging of its private-label President's Choice and “No Name” products.

“Our objective is to eventually offer customers more of their favorite President's Choice and No Name snacks and treats in a peanut-free version,” Claudio Gemmiti, Loblaw's vice president of grocery, said in a statement.

A recent study found that about 2% of Canadian children, or one in 50, have a peanut allergy. Many schools and daycare facilities now have “peanut-aware” policies in place.