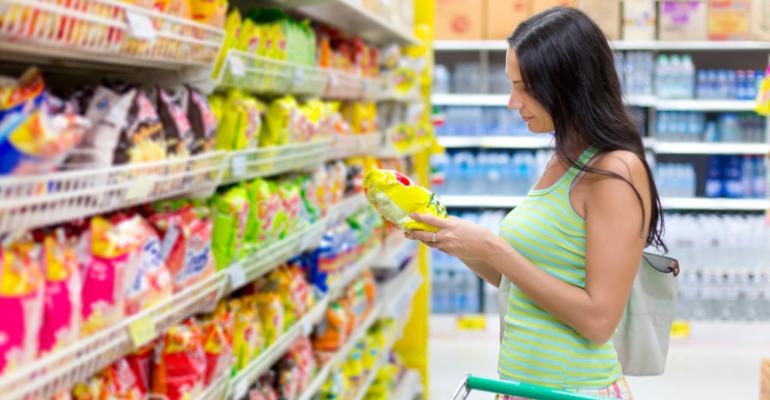 From marketing and merchandizing to hot categories, speakers at the NGA Show share tips on building the basket

That’s what Michael Day, manager, digital commerce and innovation at Wakefern Food Corp., said at a session Sunday at the NGA show in Las Vegas. But he might as well have been speaking for all retailers as the perimeter expands and e-commerce takes ground on some traditional center store categories.

So how exactly can retailers grow their center store?

For Scott Lewis, VP, operations, at Harmon City Inc., the answer is focusing on the shopper experience. “We’re really focused on increasing our variety and speed to market on new products,” he said. “One benefit of being an independent grocer is the ability to react quickly to new consumers and trends. It’s hard to go to Amazon and browse for a new product — but it’s easy to do in a store. We try to create a treasure hunt in our stores where you’re going to find something new in those center store aisles. That’s what people are looking for in their shopping experience.”

Lewis admitted that Harmons, which is known as a fresh food company, struggled to keep up in its grocery department, “which is our bread and butter.” So the retailer had to revamp.

“We used to have a store within a store concept with healthy living,” he continued. “Now it’s completely integrated with normal sets, and we added additional SKUs. The key to winning in center store was integrating organic, natural, specialty and premium items, but we flipped traditional schematics and put the traditional items off eye level premium shelf space and brought in those organic, specialty, premium items at center, eye level. That’s given us a presence that we have a lot bigger variety with our consumer even though we haven’t dramatically increased items.”

Another tactic Harmons implemented was creating special tags for products that fit one of the key attributes the retailer determined customers were looking for, like gluten-free or locally produced products. “What that did was it gave the consumers the perception that we had significantly more items than our competitors for those specific attributes,” he said.

One other option for growing center store sales is pairing like products with their fresh counterparts. For instance, Mexican food is on trend, so retailers can place tortillas next to avocados in the fresh section. “If the perimeter is the shiny thing right now, don’t fight it,” said Beth Busch, senior category development manager with General Mills. “Don’t fight that, but instead think about ways to use that to get customers in your store and then build the basket from there with center store.”

Another option is providing recipes or meal ideas in the stores, particularly to reach those Millennial customers who come into the store looking for inspiration.

Beyond marketing and merchandizing tactics, there are some areas of opportunity within center store, Katie Strohbeck, of KeHe Distributors, said at another session at the NGA show Monday. Those areas include snacking, which is no longer contained to salty snacks but also fresh products; plant-based foods; full-fat products; and gut/digestive products.

Craft beer is another area of opportunity, according to Paul Gatza of the Brewers Association. While there isn’t a lot of growth in volume in the beer category there is growth in premium beer sales. Oak and sour flavors are hot, as consumers are moving to more full-flavored styles. Variety packs were down 2% last year as consumers aren’t looking for more options from the same brewer, but rather options from different brewers, making mixed six-packs and growler stations areas of opportunity, according to Gatza.