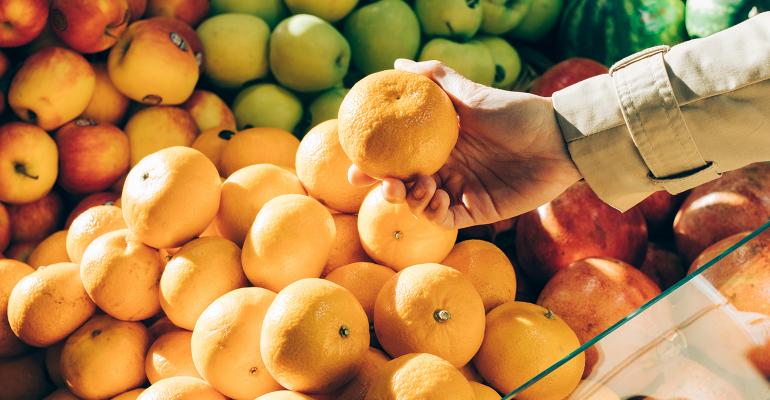 Brian Wansink, director of Cornell's Food and Brand Lab and famed researcher on eating behavior, is out with some new research that could be important for natural retailers to pay attention to. As the new study, which reviews existing research on retail approaches and consumer behaviors, explains: "Our best and worst eating habits start in the grocery store."

In it, Wansink tries to address the challenge facing stores wanting to promote sales of healthy, fresher foods over unhealthy, more processed options—which for many is a business priority, not necessarily an ethical one, because fresh food that perishes in-store is money down the drain—but don’t know how to reach consumers effectively.

His proposed solution? Divide shoppers into a pyramid, which he calls the Hierarchy of Health Predisposition. At the top are consumers that don’t need much convincing—the health vigilant shoppers who are informed and make decisions based on nutrition information. At the bottom are shoppers who are disinterested in health, whether it’s because of the extra effort or sacrifice, or perceived futility. But in the middle are shoppers who are more impressionable and who Wansink suggests retailers try appealing to—the Health Predisposed shoppers. This segment prefers to make healthier choices but are less consistent in doing so—they, too, don’t want to sacrifice but are the group that trends toward 100-calorie snack-packs and sugar-free items. They’re also the ones that make New Year’s health resolutions or buy healthier foods on Mondays to start the week off right.

To reach this group in the retail setting, Wansink emphasizes the importance of making healthy options convenient. Education or coaching efforts are not going to work—what will, though, is displaying, and even sampling, fresh fruit at the front of the store. That boosts fruit sales and also helps to preempt candy purchases. These kinds of changes, Wansink writes in the study, "are effective because they influence passive shoppers and not just the vigilant ones."

Other changes that have shown to boost sales of produce include placing vegetables near front entrances (they were selected 8% more than those that weren’t, in one study); floor decals that guide people to other vegetable displays (a 9% boost); and "traffic interrupter" displays in the middle of aisles (increased one-day sales of overlooked vegetables by 400%). Placing healthy items at eye level is also a good tactic in any part of the store, from interior aisles to fruit displays at the checkout.

The second pillar in reaching Health Predisposed shoppers is to make healthy choices not only more attractive, but more attractive relative to the less-healthy options. Attractive, though, can take any of several forms: it can be more attractive in appearance, in name or description—something as simple as "crisp carrots" may go a long way—or just more affordable. And appearance can be either in the food itself, or in the display. Angling fruit on a display inside a colored frame, for example, makes it more attractive than haphazardly piling it on an unexciting table.

When shoppers think that it’s normal to buy healthy food, they’re more likely to buy it themselves. One study found that when people were exposed to signs saying chickpeas were the favorite bean in their neighborhood, 21% of all bean purchases were shifted to chickpeas. Likewise, signs in shopping carts claiming that the average shopper purchased at least five fruits and vegetables ended up boosting produce sales by 10%.

In other words, it’s not impossible to get more consumers who fall in the middle of the pyramid to make healthier choices—and in fact it’s simpler than many brands or retailers may think, because the hurdle is not about education. It’s about making healthier choices more convenient, more attractive and more normal. Who doesn’t want that?