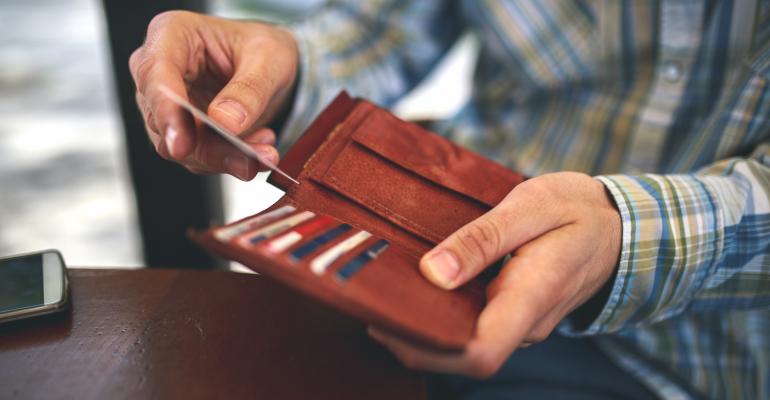 Getty Images
In its December consumer survey, 84.51° found that 69% of shoppers are still concerned over high prices, with 74% of households making $50,000 or less a year extremely concerned.
Issues & Trends>Consumer Trends

Consumers are seeking to cut spending and increase savings

Economic concerns are adding stress to shoppers during the holiday season, and the anxieties are likely to continue into 2023, said 84.51°, a Cincinnati-based retail data science, insights, and media company owned by The Kroger Co.

In its December consumer survey, 84.51° found that 69% of shoppers are still concerned over high prices, with 74% of households making $50,000 or less a year extremely concerned.

“While shoppers’ comfort over their finances was lower than November data, there is a slight increase in their concern for COVID which has risen for the first time since June 2022,” 84.51° said. Indeed, 15% of respondents said they were extremely concerned about COVID-19.

Shoppers’ worries about their finances and the need for gift buying, meanwhile, is leading to changing purchasing behavior. Forty-four percent of shoppers said they will spend less on gifts this year; 39% will set a budget for each person; and 37% will simply buy less. “Financial concerns span both groceries and gifts,” 84.51 said. In addition, 71% of shoppers said they are looking for sales and coupons, the highest spike of the year.

“Other ways they’re saving money on groceries include stocking up when things are on sale, buying in bulk, making meals stretch, using leftovers in different ways, and focusing on pantry staples with a longer shelf life,” 84.51 said.

In addition, compared to their behavior during Thanksgiving, 36% of consumers said they are shopping more with coupons and 35% are paying greater attention to finances.

For the 50% of consumers who said they will do their holiday shopping instore, along with the 20% who indicated that they would shop online and 30% in a hybrid manner, mobile phones will be an important part of their activities, the survey revealed.

Some 48% of shoppers said they will search for digital coupons as they shop; 40% will host the shopping list on their mobile phone; 38% expect to scan loyalty cards via the phone; and 38% will use the retailer’s app while shopping in store.

Despite their financial apprehensions, however, many shoppers still plan to give back to their communities through donating and volunteering, the survey found. That includes donating to a food drive (indicated by 27% of shoppers); donating to a specific cause or organization (19%); paying it forward (13%); donating to a coat drive 11%; sponsoring a family in need 7%; and volunteering at a food bank (7%).

Yet, 32% of shoppers also said they will not volunteer or give to charity this year and 15% of shoppers who have donated financially in prior years said will not be able to do so this year because of financial considerations.

The early December online quantitative survey included 400 customers who shopped at Kroger outlets in the past three months.