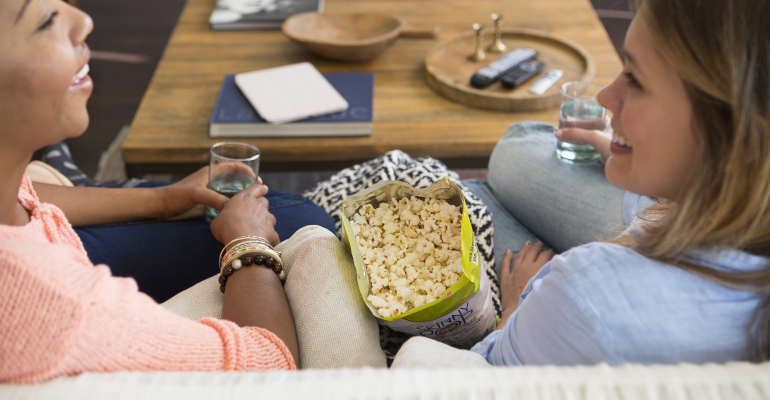 Fewer ingredients equates to a healthier option for this generation

A dip in ingredients may translate to a rise in sales as young adults turn their attention to the nutrition labels of their snack choices.

According to a recent study by Amplify Snack Brands Inc. and the Center for Generational Kinetics, 64% of Millennials believe that fewer ingredients on a label make for a healthier snack.

The report found that young adults were more inclined than any other generational grouping to focus on the content of their given food. The results also revealed that nearly 80% of Millennials felt that understanding and enjoying a familiarity with each ingredient correlated to how much they trusted the product.

Jason Dorsey, Millennial expert at the Center for Generational Kinetics, said this shift is a “wake-up call” for brands.

“When you see a majority of that size say, ‘Fewer ingredients means a snack is healthier,’ that’s a pretty massive shift for the age group,” Dorsey said. “Being health-conscious is a smart move and it is transcending the generations right now.”

Dorsey adds that Millennials are “older than people think” and he suspects that the generation’s substantial level of health awareness stems from their changing lives.

“They are hitting ages where they have health issues,” said Dorsey.

They are also raising families. The report asserts that 69% of Millennial moms claim to have children that understand that some snacks are healthier than others and 55% are confident that their child would choose a healthy option when given a choice.

A report released by the Organic Trade Association in 2016 made similar assertions.

“Millennials — a large and diverse generation — are driving growth for organic, particularly in urban population centers,” the study stated. With the nation’s youngest adults leading the charge, the organic realm saw its largest dollar gain ever in 2015, tapping $4.2 billion in sales after clocking in at $3.9 billion the previous year. While the overall food market exhibited a continuous growth rate of 3.3% leading up to 2015, the organic sector expanded at a clip of 10.8%.

Accounting for about 5% of total food sales, organic’s growth has been sustained by less than 1% of the total U.S. cropland.

Dorsey said that the overwhelming support of a healthier lifestyle did surprise him. He called the health-conscious focus “new” and suggested that the preference will shape the marketplace for years to come.

“The market is so competitive as it tries to understand what will work,” Dorsey said, discussing snack brands and their mission to attract consumers. “To have such a high percentage of a generation answer the same way is unusual.”

Falloff in delivery pulls down April online grocery sales
May 09, 2022