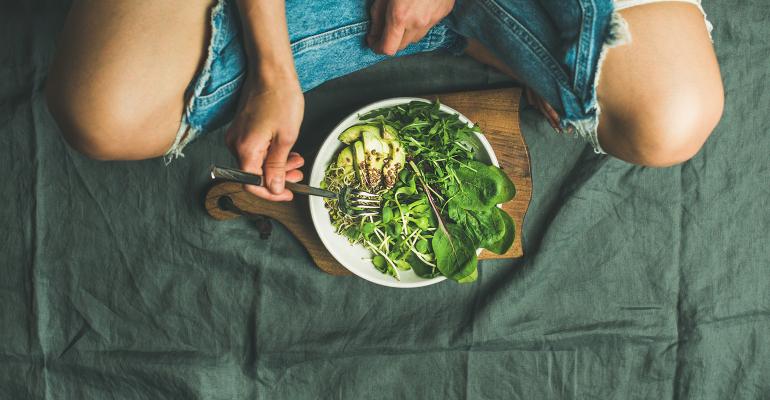 Reaching for flexitarians with plant-based products

Taste, value and being down to earth key attributes in consumers

The CPG giant created the Boca line years before the plant-based boom of the past couple of years came about, and Sergio Eleuterio, general manager of Springboard Brands at Kraft Heinz, said the company wasn’t focused on those who lead strict non-meat diets.

Speaking at Expo West, Eleuterio said that the plant-based industry isn’t for those who are exclusively meat-free, but rather for those flexitarians, or people who eat meat sometimes. Eleuterio refers to those consumers as “balancers,” who happen to be mostly female and mostly Millennials.

Balancers seek out plant-based options because they are focusing on health and trying to eat a more balanced diet, he said. “They aren’t against meat or in favor of vegetables, but they are trying to balance it out.”

Other key attributes for balancers are taste (they love food and think food is fun); value (accessibility and cost of food are important); and being down to earth (they aren’t influenced by celebrities, family or friends but rather relate to brands that have a down-to-earth approach).

Eleuterio said the Boca brand is currently in a packaging refresh to better meet the demands of its customer base.

Joining Eleuterio during his presentation was Alison Rabschnuk of the Good Food Institute, which is working to create a more healthy, humane and sustainable food supply.

She says companies need to focus on price, taste and convenience when developing plant-based meats to reach that $20 billion quickly, as those are the three key attributes consumers are looking for.

When it comes to emerging drivers outside those three attributes, Rabschnuk said health and wellness, food safety, non-GMO and having a social impact were next in importance.