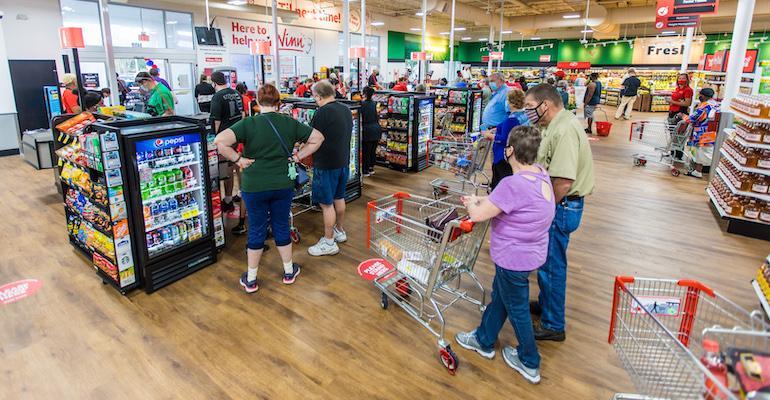 Winn-Dixie
U.K.-based YorkTest projects that the average weekly shop for a U.S. family of four will jump from $227 today to over $300 by the end of 2024 if inflation continues at its current rate.
Issues & Trends>Consumer Trends

Most U.S. consumers would say grocery prices are high enough already, but new research by food sensitivity test specialist YorkTest indicates they may get worse.

An analysis by United Kingdom-based YorkTest, released Wednesday, projects that the average weekly shop for a family of four will jump from $227 today to more than $300 by the end of 2024, reaching a staggering $656.47 in 2030 if inflation continues at its current rate. 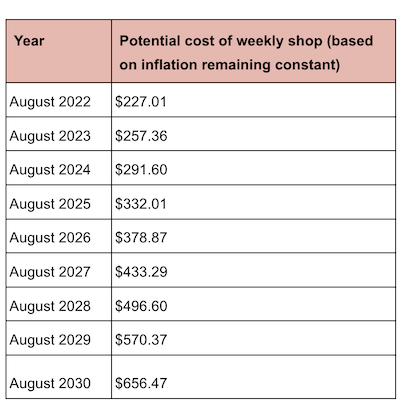 “We all hope that the measures the Federal Reserve is taking to curb inflation will work so we won’t see the cost of groceries rise to the levels shown in our research,” commented Kerri Ferraioli, nutritionist at YorkTest, based in York, England. “However, the price rises we’ve seen in the past year is putting pressure on households already struggling to pay the bills. Our shopping basket contained essential items that are difficult to cut back on.”

YorkTest noted that the war in Ukraine, labor shortages, supply chain issues and pent-up demand following COVID-19 have all contributed to soaring inflation, which hit a 40-year annual high of 9.1% in the June CPI while the food-at-home reached a similar high of 13.1% in July. 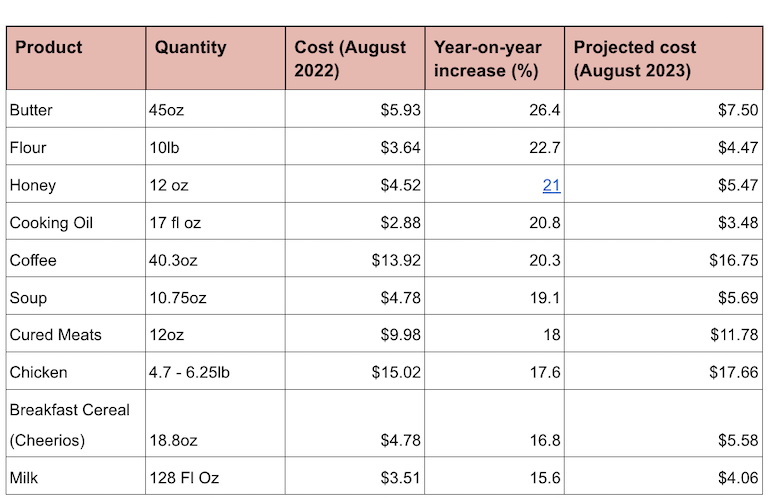 It’s expected that health-conscious shoppers will see only marginal increases in the cost of white fish, oily fish, lean beef and vegetables even if inflation continues.

“The current climate can be even trickier for people with food intolerances and allergies because they often pay a premium for free-from products,” according to Ferraioli. “However, there are plenty of recipes containing the healthy yet low-cost ingredients we identified without common trigger foods like dairy and gluten, which are becoming more expensive.”

YorkTest gives the full shopping list of grocery products for the analysis — including item, type (if needed), quantity and cost (August 2022) — plus the year-over-year increase and potential cost (August 2023) in a blog posting on its website.