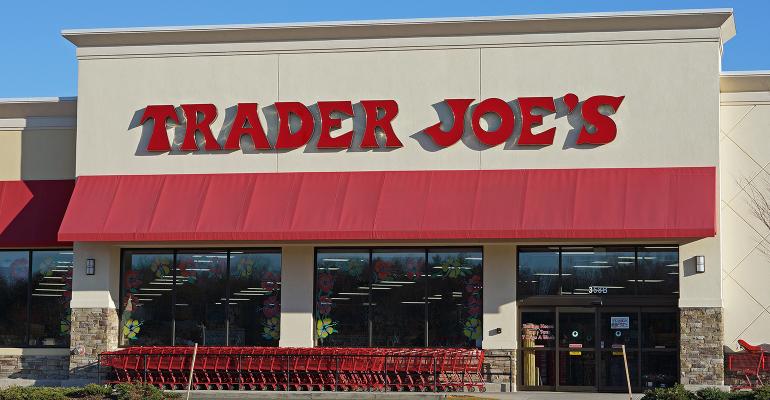 The research, which was presented for the first time at the National Retail Federation’s Big Show in New York this week, is based on calculations that combine consumer survey data with financial performance metrics. The result is reflected in what Dunnhumby has dubbed a “Retail Performance Index,” or RPI.

The model “captures the complexity of customers’ preferences and their actual choices by quantifying the relationship between how they perceive a retailer with their emotional connection and the financial performance,” said Jose Gomes, managing director of North America for Dunnhumby.

The RPI research surveyed 11,000 U.S. households to gauge their sentiment on 59 retailers. Rounding out numbers four through 10 on the list were, in order: H-E-B, Walmart, Wegmans, Aldi, Sam’s Club, Sprouts Farmers Market and Whole Foods Market.

Several of the top retailers performed well in consumer responses around both price and quality, including Trader Joe’s, Costco, Sprouts and H-E-B. Others, however, such as Whole Foods, scored high enough on quality perception (it led this category) to overcome perceived weakness in pricing (it came in last). Conversely, Aldi scored high enough in perceived pricing to overcome a below-average score in perceived quality.

The research found that price and quality (which includes both product assortment and store experience) are the dominant drivers of consumer preference, when the scores in those two categories are linked to financial performance metrics. The financial data analyzed included 2016 market share, 2016 sales per square foot and five-year compound annual sales growth.

“If stores are indexing highly enough on price and quality, they can sacrifice convenience, speed, digital and personalized discounts/information and still rank highly,” the report concluded.

The report also factored in the “emotional connection” consumers have with their supermarket, as measured by their satisfaction, their likelihood to recommend the retailer and other factors.

Some of the higher performing grocery banners — including Meijer, Publix and Kroger — appeared in the second quartile of retailers in the survey. This quartile had the highest top-of-mind recall and the second-highest financial performance. The group did not perform as well as the top quartile because their price and quality scores were not as strong, but the second group differentiated itself by excelling at secondary preference drivers, such as promotions, rewards and information, the study concluded.

Walmart’s efforts to improve its digital commerce operations and to be a one-stop shopping destination helped the company earn its top-10 ranking, the study found. The retailer ranked first in convenience, third in digital and fourth in prices, helping it overcome bottom-quartile performances in quality, speed, discounts and operations.

The report also divided retailers into four segments based on their price, quality and emotional scores. The “premium” segment scored high in quality but below average in price, while the “price focused” segment tended to do the opposite. The “balanced value” segment either scored above average in both price and quality or was slightly below average in one or the other.

The remainder of the banners in the survey fell into what was described as the “struggling mainstream,” all of which scored below average on price perception, despite often achieving high scores in quality.

The report concluded that a strong price perception was a more consistent driver of financial performance, while quality was more closely correlated with a strong emotional connection. The price-focused and balanced-value segments tended to have stronger and more consistent total sales and sales per store growth, the research found.

Interestingly, the report also found that each of the segments had perceived strengths in certain product categories. The struggling mainstream retailers tended to be strong in dairy, meat/seafood and bakery/deli, while the price-focused retailers tended to be strongest in cleaning products, paper and packaged foods. The premium segment had perceived strengths in natural/organic, bakery/deli and ready-to-eat.

“We firmly believe that retailers must differentiate themselves today to be competitive in face of the myriad of options shoppers have,” said Gomes. “Differentiation begins with the retailer identifying the shoppers that they can serve better than their competition. A solid ‘customer first’ strategy, backed by customer data science, will help the retailer focus its finite resources and attention on the customers that are the most important to their success.”