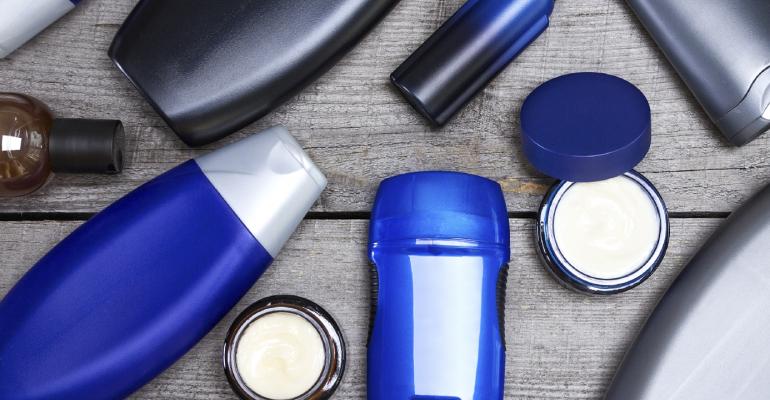 Millennial men influenced by range of factors in their grooming product selections. Sponsored by Unilever.

The men’s grooming category has seen a surge in new product introductions and in-store merchandising efforts, but many of the factors influencing purchase decisions occur outside the store, according to recent research.

Pre-shopping has become increasingly important to the men’s grooming category, according to the How America Shops® “Switch-Swap-Trade 2016” report, published in May by WSL Strategic Retail, New York.

“Half of the men surveyed pre-shop before they buy men’s  grooming products,” says Candace Corlett, president of WSL. “More and more people are seeking out consumer reviews online, and looking on Facebook before they go to the store.”

The report surveyed men about their shopping habits across a wide range of product categories.

The 50 percent of the individuals who pre-shop men’s grooming products has risen 15 percent since the 2014 survey — one of the highest increases of any category covered by WSL’s research.

Interestingly, those 50 percent who pre-shop the category don’t change their mind about what to buy when they get to the store, Corlett notes.

“Essentially, they have done their homework,” she says.

These pre-shoppers are often looking for where they can find the right price, but price isn’t the only driver in the category. About a third of shoppers — 34 percent — say they are loyal to one brand when shopping for men’s grooming, which is up 2 percent from 2014. Shoppers in the survey are asked if they are loyal to one brand, switch among multiple brands or prefer private label.

Attributes other than price

According to an October 2015 research report on men’s personal care from research firm Mintel, price is the No. 1 factor when men are determining what products to buy. But it’s closely followed by brand, scent and ease of use.

Men also might be strongly influenced by friends and family when buying grooming products, but not equally by both, the Mintel research indicates. When asked what were the biggest influencers on their men’s personal care purchases, “spouse/partner” was the most popular response overall.

“Male personal care consumers are most likely to be influenced by their spouse or partner when it comes to their appearance, underscoring the importance of reaching women in the marketing of men’s products,” the Mintel report concludes. “The influence of a spouse/partner is especially relevant for older men, while younger men are more often influenced by their friends and co-workers with whom they are likely spending more time than are older men who have retired.”

Among men in the 18- to 34-year-old age group — millennials — 60 percent cite friends and co-workers as their biggest influencers. Athletes also have a strong influence on this group, with 24 percent of these respondents citing athletes as strong influencers.

Retailers have stepped up their game in the last few years when it comes to merchandising the men’s grooming department, says Corlett of WSL Strategic Retail. More retailers, including supermarkets, now have dedicated sections of men’s personal care products.

WSL’s research showed that 46 percent of men now have the habit of going to one store to buy their men’s grooming products, up 12 percentage points from two years ago and behind only hair coloring and OTC allergy medications among categories driving store loyalty.

Grabbing guys’ attention while in store is key to a brand’s success, says Matthew McCarthy, senior director of Men’s Grooming for Unilever. “Guys like to get in, get what they need and get out – which is why dedicated aisles that connect directly with men have worked so well.”

Manufacturers and retailers also generate demand for products and brands outside of the retail environment with engaging campaigns, so when a guy enters the store he already knows what he wants.

These campaigns often include online and social media components that leverage the influence that sports professionals have as spokesmen for men’s grooming products. For example, Unilever has consistently increased awareness for their Dove Men+Care line through integrated marketing campaigns that spotlight how “Care Makes a Man Stronger,” often using athletes to show how their displays of care are signs of real strength. During the recent NCAA Final Four Men’s  Basketball Tournament,  Dove Men+Care used the hashtag #RealStrength to showcase stories about the bonds between athletes and their coaches.

Another growing influence on in-store  decision making in the men’s grooming department is the mobile phone. Slightly more than half — 53 percent — of men say they consult a mobile device while shopping in the store for men’s grooming, up 29 percentage points from two years ago, according to WSL’s research.

Again, millennials are at the forefront of this evolution in shopper behavior, Corlett explains.

“We’re seeing them really break away from even Gen X in terms of their commitment to a  mobile phone to guide them,” she says. “At the top of the list, they are looking for a sale and low prices, but they are also looking to find something new.”

One area of potential opportunity within men’s grooming is in the skin care category, according to The NPD Group’s 2015 Men’s Grooming Consumer Report. The report found that while 80 percent of men use grooming products, only 22 percent use a facial skincare product.

“The great news continues to be that the vast majority of men are into grooming, and add to it the fact that a majority are also dedicated when it comes to their hair care. The proverbial white whale is the potential billion-dollar opportunity in mobilizing men to adopt facial skincare,” says Karen Grant, global beauty industry analyst, The NPD Group.

Male skincare users say samples and  trial size products have “somewhat of an influence” on which skincare products to buy, the NPD Group report found, particularly among men aged 35-54.

“Part of the process in cracking the code,” she says, “is to reposition the category for men so it is less associated with problem solving, and to spark interest and engagement in making facial care a seamless integration that is oriented to their particular life stage.”

Sponsored Content
Promoting at-home family dining is a win for all
Mar 28, 2016