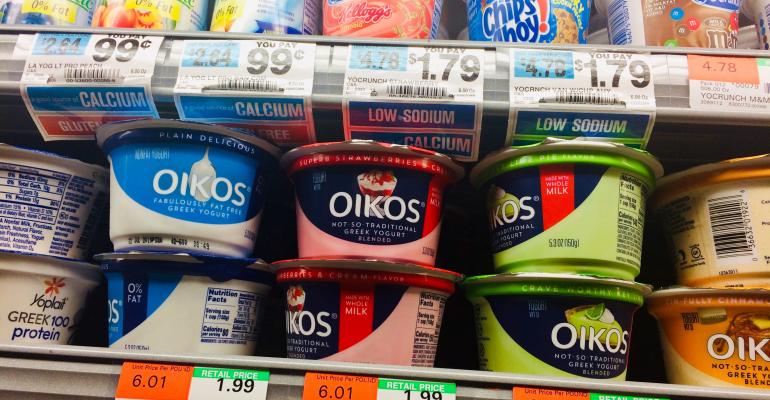 Michael Browne
Under the final rule, lowfat yogurt and nonfat yogurt will be covered under the FDA’s general definition and standard of identity, which allows nutritionally modified versions of traditional standardized foods.
Product Categories>Dairy

The FDA says it is issuing a final rule to amend and modernize the standard of identity for yogurt by allowing for greater flexibilities and technological advances in yogurt production. Currently, the FDA has separate standards of identity for yogurt, lowfat yogurt and nonfat yogurt. Under the final rule, lowfat yogurt and nonfat yogurt will be covered under FDA’s general definition and standard of identity, which allows nutritionally modified versions of traditional standardized foods.

Additionally, the final rule supports the many innovations that have already been made in the yogurt marketplace, including continuing to allow manufacturers to fortify yogurts, such as adding vitamins A and D, as long as they meet fortification requirements. The rule also allows various styles or textures of yogurt as long as they meet requirements in the standard of identity.

After decades of advocating for updates, the International Dairy Foods Association (IDFA) called the move “a highly anticipated and much needed first step,” and advocated that the FDA should more expeditiously and transparently modernize food standards — including the 102 dairy food standards of identity — to allow the industry to continue to offer nutritious, innovative foods that satisfy consumer needs and desires.

IDFA President and CEO Michael Dykes says many elements of the rule are consistent with IDFA’s comments made to the FDA in response to the 2009 proposed rule. “We are disappointed, however, that a number of important IDFA recommendations that were sought to align with current industry practices and allow more room for innovation, flexibility and growth within the yogurt category were not fully considered or included in this revised standard,” Dykes noted.

Dykes said the FDA has still not progressed on another long-overdue request from the food industry, filed in 2006, that requests a novel, horizontal approach to modernize all food standards developed and regulated by the agency.

“We are hopeful that such an all-encompassing regulatory modernization effort may allow for further changes to the yogurt standard in the near future, consistent with the yogurt industry’s interests, along with modernization of the many other dairy product standards FDA regulates,” he said.

“Modernization of food standards — and streamlining the process to do so — will allow the dairy and the broader food industry to innovate and utilize new, more efficient and sustainable production processes and innovative ingredients that satisfy rapidly changing consumer demands for unique, nutritious, convenient, wholesome and enjoyable food products,” Dykes said. “The FDA should endeavor to act more expeditiously and transparently as the agency takes steps to modernize food standards, allowing more open engagement with industry and consumer stakeholders. IDFA stands ready and willing to work with the FDA to make standards modernization a reality that all will benefit from.”