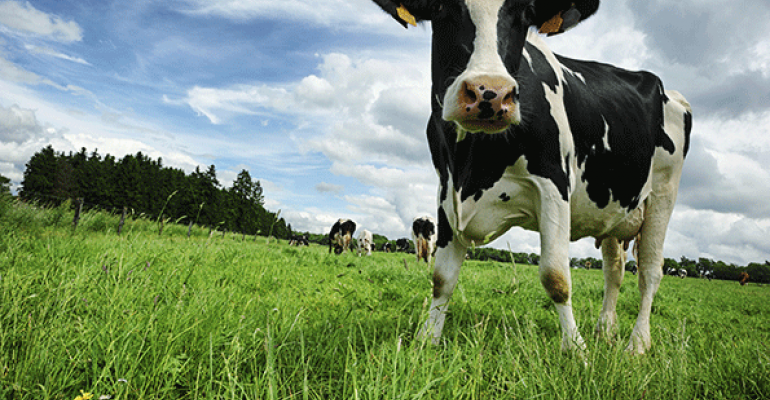 When you take a shopper’s favorite product off the shelf, you better have a good explanation. Alan Lewis feels like he does.

In a presentation at Natural Products Expo West last week, Lewis, director of food and agriculture policy for Natural Grocers by Vitamin Cottage, described how newly adopted standards in dairy are changing the composition of the yogurt department at the retailer’s stores. Specifically, Natural Grocers’ new policy seeks to prohibit the sale of products made from the milk of cows in so-called “confinement farms.”

It was gradually rolled out at Natural Grocers’ 90 stores beginning last year in yogurt and in pudding categories. Ice cream and other dairy categories are still awaiting changes, Lewis told SN.

“It shouldn't be revolutionary to have dairy cows in dairy pastures, eating grass,” Lewis said during a presentation highlighting the intersection of business and activism to spark a more sustainable food system.

In Natural Grocers’ case, the company adopted new standards — which not only required dairy cows have access to pastures but also banned by-products and GMOs in feed, growth hormones and most antibiotics — then challenged their suppliers to comply. Many, including products identifying themselves as “natural,” failed to make the cut and were replaced on the shelves with similar products that did.

Lewis explained that the new standards arose in response to a shift in dairy production methods brought about in part by explosive growth in Greek-style yogurt. That growth not only sparked additional industrial milk production, but its low cost undermined those suppliers who provided better living conditions for their farm animals.

“As you can imagine, this was a huge shift and a huge challenge,” Lewis said. “We went to all of our yogurt suppliers and asked them a few questions to determine where their yogurt was coming from. ‘Where are your cows right now? Where are their pastures?’”

In many cases, swapping out products that could not meet standards for those that could accompanied a higher price, but Lewis noted, supporting the brands will help keep their costs down. To help customers understand the changes, the company published a “If You Liked This” chart on its website with suggested replacements for brands that were cut.

“Customers in the store have a whole new set of choices that they're not familiar with and they're a little bit more expensive. Let's be honest — quite a bit more per serving of an artisanal, grass-fed yogurt,” Lewis said. “But for the additional price they know what they're paying for — family farms, reduced antiboitic resistance, sustainable farming, improving water, and creating communities that have a lot of longevity and sustainability and life in them.”