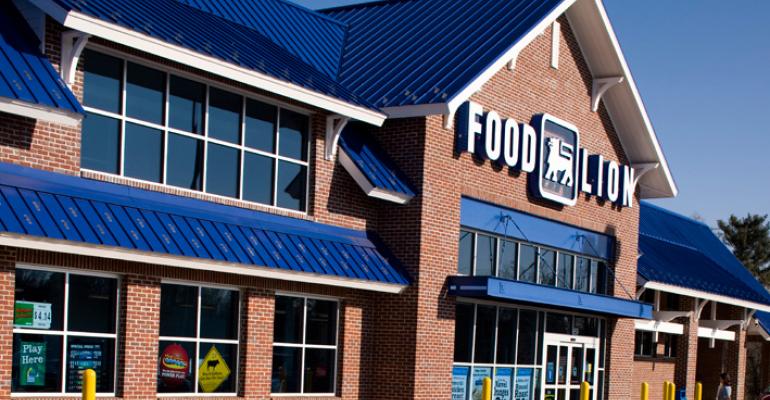 Despite price deflation and without the benefit of weather-related sales boosts, Food Lion and Hannaford stores grew sales and comps during the fourth quarter, officials of parent company Delhaize Group said Friday.

U.S. sales of $4.4 billion in the fourth quarter improved by 2.6%, excluding the effect of an extra week in last year's fourth quarter. Comparable stores increased by 2.3%. The results came amid deflation of around 1% in the quarter, officials said, and without the snow-related events that boosted fourth quarter sales a year ago. Delhaize also made price investments in both banners.

The company said U.S. operations met expectations of an underlying operating profit margin of 4%. Full financial results will be released in March.

Pierre Bouchut, Delhaize CFO, in a conference call discussing the results said Food Lion was experiencing encouraging results in three Food Lion market areas that have implemented "Easy Fresh & Affordable" repositioning, with stores in the most recently completed Raleigh market doing better than those in Wilmington, N.C., and Greenville, N.C., markets. The company said it planned to expand the effort to another market this year but did not identify it.

Delhaize is in the process of a merger with Belgian counterpart Ahold. Ahold on Thursday reported a 4.1% quarterly sales gain and non-fuel comps of 1.7%.