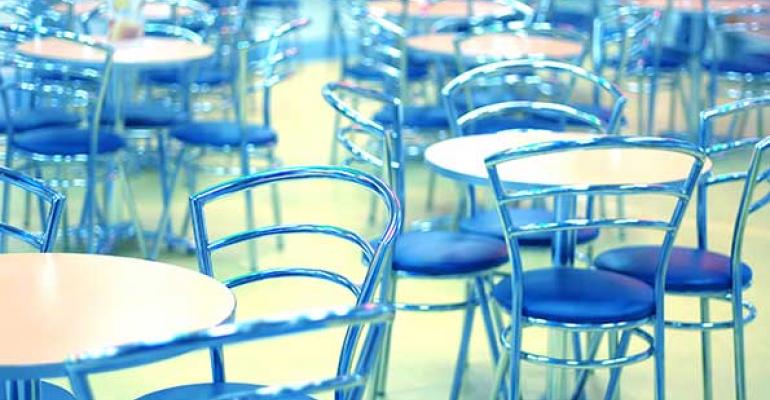 From family dinners to neighborhood potlucks, food has always been at the center of such gatherings, making grocery stores an important partner in every community. The hundreds of grocers on Capitol Hill for the joint Day in Washington meeting this week take pride in providing customized and local items that reflect the communities in which they operate, but a new rule mandated by the Food and Drug Administration (FDA) threatens to impose burdensome and costly regulations on grocers, and ultimately impacts their store operations and how they serve their customers.

As part of the Affordable Care Act (ACA), the chain restaurant industry sought legislation to create one national restaurant menu labeling standard instead of the 27 different state/local ones they were facing.  Grocery stores do not typically have menus or menu boards — except for a very few items — and grocery stores were not covered by these laws and had no role in designing the solution.

However, in late 2014, FDA released its long awaited chain restaurant menu labeling rule, utilizing 4 words contained in the legislation — “similar retail food establishments” — to force supermarkets without menus and generally without menu boards to label hundreds of products in store menus and menu boards, display cases, booklets, pamphlets or fliers, and advertising circulars to provide not only the calorie information, but a full nutritional profile upon request.

As with so many regulatory efforts that sound good, the “devil is in the details,” or in this case, the lack of details. For example, the industry had to ask itself such questions as: Since we are creating menus, menu boards, display cases, flyers, and more, what specifications do the signs need to meet? Where should stores post the information? What serving size does a produce associate use for a bin of lettuce or cantaloupe? Our organizations have both been engaged with the FDA on this rule, submitting a number of comments and questions to the agency.

As we continue to wait for guidance from the FDA, it’s clear there are some deficiencies and modifications necessary that only Congress can address in order for the food retail industry to comply with the law and make it more workable in a grocery setting.

Supermarket operators are committed to providing their customers with the information they need and want about the products they sell.

It’s important to recognize that there are different financial and efficiency models for providing the nutrition information customers want — versus how the government rigidly mandates stores share this information. Initial estimates for compliance costs of this government approach to menu labeling for grocery stores exceeds $1 billion, including nutrition analysis of each item, developing corresponding menu boards and signs, store-level training, and recordkeeping. Further, and even more troublesome, under current law even the smallest failure to comply with the menu labeling rule can carry civil and criminal penalties of up to a $1,000 fine, and or the possibility of jail time.

Additionally, there is no grace period or warning system in place for first-time offenders who may be in violation of the rule due to inadvertent human error, such as adding an extra slice of ham to a sandwich, additional pepperoni to a pizza, or simply placing an item in the “wrong” bin before placing it in the salad bar.

Fortunately, bipartisan legislation, the Common Sense Nutrition Disclosure Act of 2015 (H.R. 2017), championed by Congresswomen Cathy McMorris Rodgers, R-Wash., and Loretta Sanchez, D-Calif., passed the House of Representatives in February. This important piece of legislation does not exempt chain supermarkets from the law, but provides flexibility in how nutritional information is disclosed to customers based on the different ways that foods are prepared and sold across various supermarket venues and formats. Additionally, the bill protects front line employees who make inadvertent mistakes while also providing establishments with 90 days to take corrective action prior to any enforcement action.

In the Senate, companion legislation, The Commonsense Nutrition Disclosure Act of 2015 (S. 2217), sponsored by Sens. Roy Blunt, R-Mo., and Angus King, I-Maine, has been introduced and is gaining bipartisan support.

As the trade associations representing the supermarket industry, the Food Marketing Institute and National Grocers Association are proud of the bipartisan support this bill has received, and believe this legislation provides the flexibility needed for supermarkets to give calorie information to their customers. We commend Congresswomen Cathy McMorris Rodgers and Loretta Sanchez as well as Senators Roy Blunt and Angus King for their leadership and look forward to working in a bipartisan way to finish passing this important legislation.