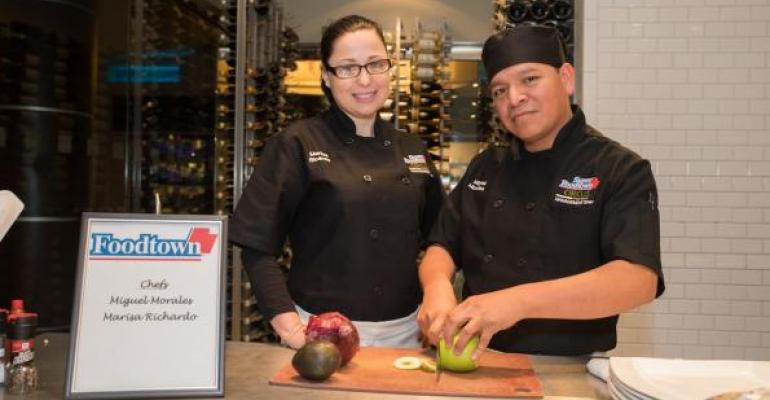 “This was definitely one of the highlights of this year’s Trade Relations Conference,” said Linda Doherty, NJFC president. “The chefs did an amazing job and their creations were both beautiful and delicious. We expect this filling and exciting competition to become an annual tradition.”

Each entrée and dessert was scored in three categories — plating, taste, and creativity. Judging the competition were members of the NJFC’s 2016 Leadership Development Class, and Alfredo Varela, executive banquet chef at Harrah’s Resort, where the competition took place in the Viking Kitchen.

Also at the event, Debbie Pregiato, customer team leader for Advantage Solutions, was honored with the NJFC’s Max Stone Trade Relations Award. Pregiato is the first woman to receive this recognition, named in honor of the longtime trade relations leader for Best Foods.