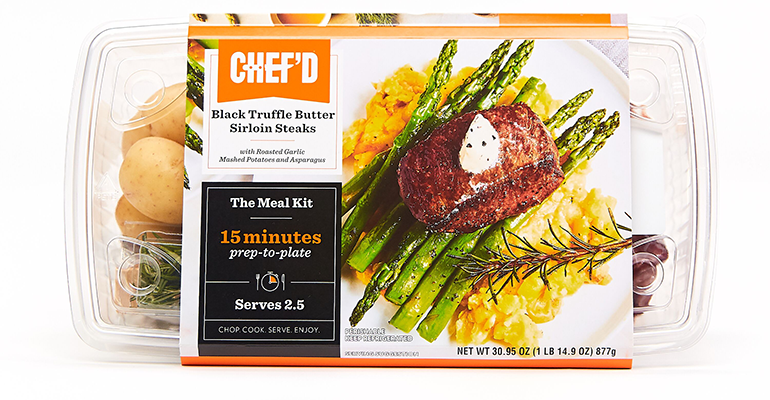 As funding dries up, Chef’d shuts down

The three-year-old company burned through funding in recent months, including financing from venture capitalists and food industry partners such as Campbell Soup Co. and Smithfield Foods Inc., and was forced to shut down, published reports said.

In a July 16 memo to employees, according to reports, Chef’d founder and CEO Kyle Ransford said the company has encountered “setbacks in financing” due to “unexpected circumstances” and was closing that day, with all staff being terminated.

“I want to personally thank each of you. It was an amazing run,” Ransford wrote in the memo.

Chef’d’s sudden closing came despite recent expansion. The company, which launched in 2015, serves up thousands of meal kit recipes for next-day delivery via its core online service. It entered the retail arena in early May with the distribution of meal kits to more than a dozen grocery retailers in 27 states, including Costco, Harris Teeter, Tops Markets, Hy-Vee, Weis Markets and Gelson’s Markets.

And last month, Chef’d rolled out a selection of meal kits to 30 Walgreens and Duane Reade stores in a pilot in the metropolitan New York area. A spokeswoman for Chef’d said at the time that the company believed it was the first meal kit provider to have retail distribution at drugstores.

Chef’d differentiated itself from meal kit competitors by going with a nonsubscription-based model and offering one of the widest selections of meals. The company has noted that, according to the food data company Food Genius, as many as 80% of Americans don’t know what they are having for dinner by 4pm. that same day.

Yet the meal kit trend has increasingly moved away from subscriptions and become an in-store affair, and leading players have been acquired by grocery chains, including Plated by Albertsons Cos. and Home Chef by The Kroger Co.

Citing research from its Power of Foodservice 2018 report, the Food Marketing Institute noted that while awareness of meal kit delivery companies is high, only 22% of consumers have tried them, with usage skewing toward younger shoppers. What’s more, FMI said, interest in meal kits bought from the primary store is much higher (51%).

“One company’s financial woes are not necessarily indicative of a trend, but it brings to light the challenges in supporting the meal kit financial model,” according to Rick Stein, vice president of fresh foods at Washington-based FMI. “I think we’re still in a nascent stage with meal kits in our industry, and importantly, there’s room for building awareness among a new breed of consumers that have a hybrid approach to food shopping. These convenience-minded shoppers may choose one menu item to cook and then supplement the remainder of the meal with prepared foods.

“So, the story is, although Chef’d experienced difficulty, there is enough ingenuity among retailers and suppliers to eventually meet consumer demand and build a fundamentally sound business model,” Stein added.