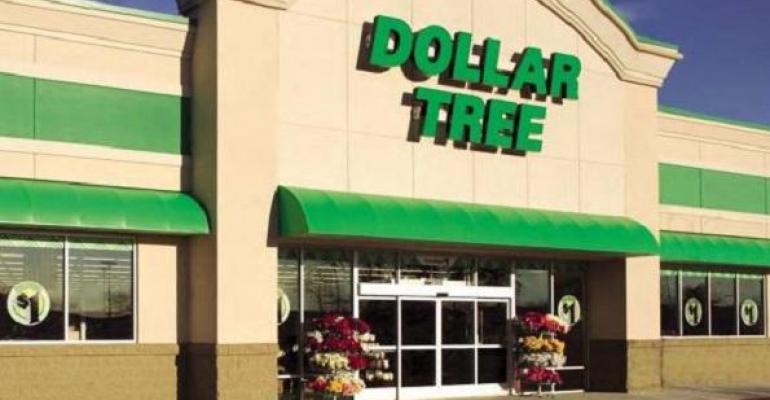 The Chesapeake, Va.-based retailer said sales for the quarter ended Jan. 30 totaled $5.4 billion, an increase of 116.7% due to the acquisition of Family Dollar last year. Same-store sales improved by single digits at both Dollar Tree and Family Dollar, officials said.

The sales figure was at the mid-point of company guidance.

As a result of those changes, as well as the spinoff of 325 Family Dollar stores to meet antitrust concerns, sales at Dollar Tree stores increased by 8.6% in the quarter, while Family Dollar's overall sales declined by 2.7%.

"Just over two quarters [since the acquisition], the [Family Dollar] stores are cleaner, the shelves are better stocked, we have cleaned up old inventory and the end caps are more compelling and relevant," Bob Sasser, CEO of Dollar Tree, said in a conference call discussing the results Tuesday. "The feedback which we are receiving has been positive. Our customer satisfaction scores have improved, validating that customers are taking notice."

Sasser said the company was at work on a warehouse in Utah that would be the first to serve both banners. The company expects that facility will be operational in the third quarter.